DINWIDDIE COUNTY, Va. -- A man who fled from troopers in a stolen armored personnel vehicle surrendered Tuesday and is now in police custody, according to Virginia State Police.

“As of 9:40 p.m., the driver of the armored personnel carrier had stopped the vehicle and surrendered to Virginia State Police. The vehicle stopped at East Broad Street and 11th Street in the City of Richmond,” said a State Police spokesperson. 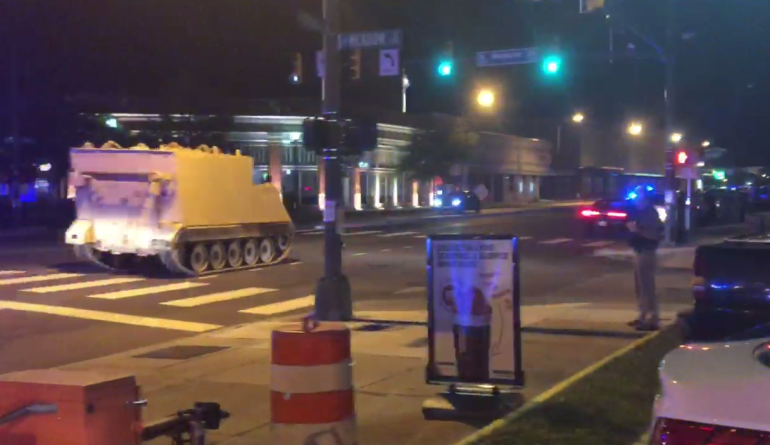 The unit was conducting routine training around 8 p.m. when they say 29-year-old Joshua Philip Yabut drove away in an armored personnel carrier. He drove it from Fort Pickett in Nottoway County to Interstate 95.

The vehicle was then driven east on Route 460 at a maximum speed of about 40 mph, according to State Police.

There were no crashes or injuries involving the vehicle, police say.

Yabut was taken into custody and charged with driving under the influence of drugs, eluding police and unauthorized use of a vehicle.

Yabut is a first lieutenant assigned as the commander of the Petersburg-based Headquarters Company, 276th Engineer Battalion of the Virginia National Guard.

*Footage for some videos in this story provided by: VDOT, Parker Slaybaugh and Kurtis Johnson.

This is INSANE! Someone has hijacked a “Tank-like” vehicle from Fort Pickett and just drove it by our apartment! This is on Broad Street in the Fan. pic.twitter.com/EYfhFux1dk