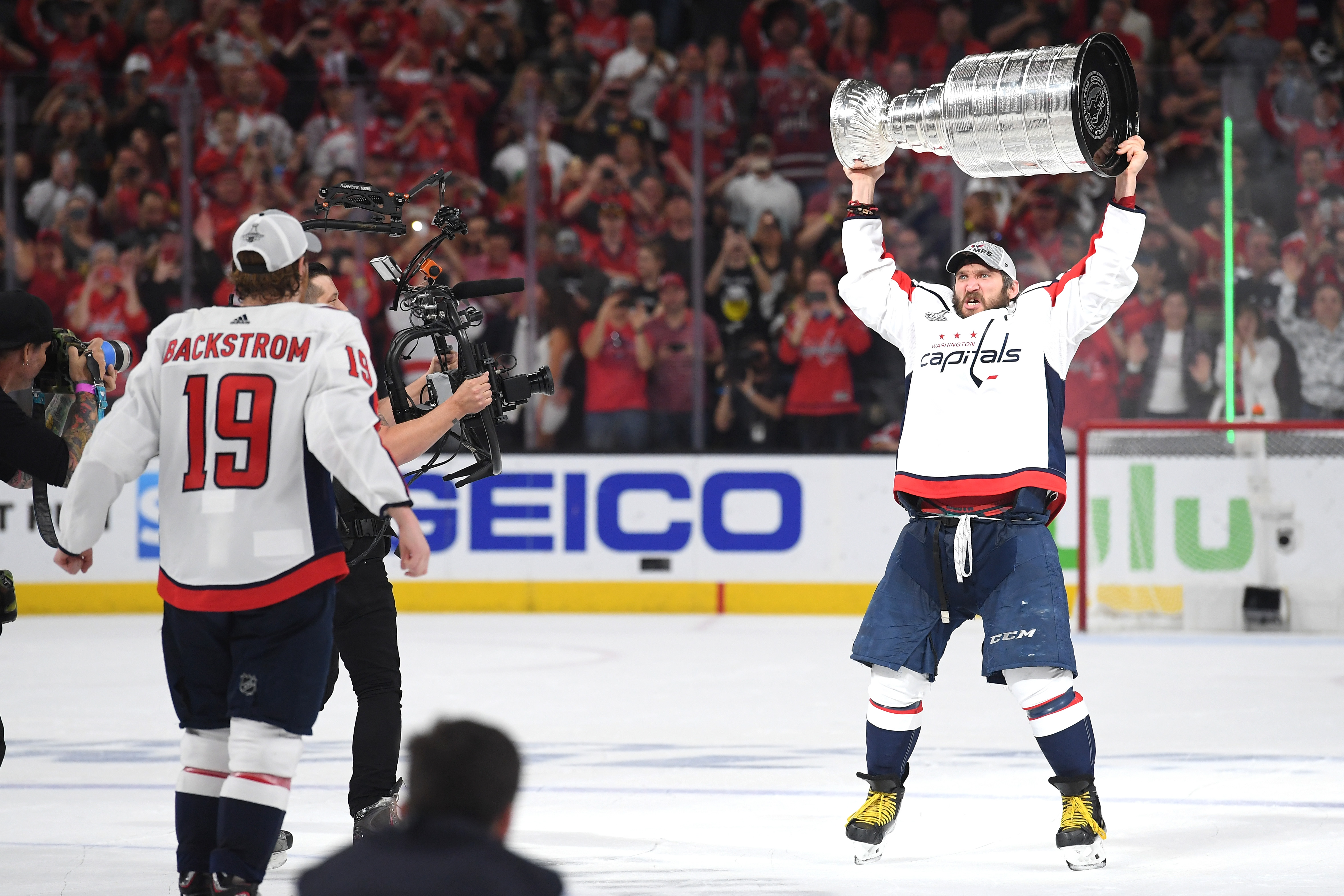 For the first time in the history of the franchise, founded in 1974, the Washington Capitals are Stanley Cup champions. Thursday, the Caps clipped the Vegas Golden Knights, 4-3 to win their fourth straight game from the expansion franchise and clinch the best of seven Stanley Cup Final, four games to one. With the win, Washington becomes the first NHL team since the 1991 Penguins to win the Cup despite trailing in all four playoff series.

The championship is the first for one of Washington, D.C.’s four major sports teams since 1992 – when the Washington Redskins won Super Bowl XXVI.

Devante Smith-Pelly of the Washington Capitals is congratulated by his teammates after scoring a third-period goal against the Vegas Golden Knights.

Trailing 3-2 entering the third and final period of game five, Washington scored twice in the frame. Devante Smith-Pelly, a former Norfolk Admiral, scored 9:52 into the third to tie the game 3-3. Less than three minutes later, Lars Eller scored the eventual game-winning goal to put the Caps ahead 4-3.

After a scoreless first period, Jakub Vrana started the scoring 6:24 into the second frame. Then, captain Alex Ovechkin netted his franchise-record 15th goal of the Stanley Cup Playoffs to give the Capitals a 2-1 lead – an advantage they would relinquish in the final 10 minutes of the second period.

THE WASHINGTON CAPITALS ARE THE 2018 #STANLEYCUP CHAMPIONS! #ALLCAPS pic.twitter.com/QNrMYcleBi

Tonight Capitals could become first NHL team since 1991 Penguins to win the Stanley Cup after trailing in all 4 series.