Anne Donovan of the United States during a game against Korea. (Photo: Alvin Chung /Allsport)

A statement from Donovan’s family reads:

“While it is extremely difficult to express how devastating it is to lose Anne, our family remains so very grateful to have been blessed with such a wonderful human being. Anne touched many lives as a daughter, sister, aunt, friend and coach. Anne was a person with strong faith, courageous spirit, a giving heart and love for everyone. We are so proud of her accomplishments as a women’s’ basketball player and coach, but even more proud of her character, integrity, humility and kindness.”

A dominant star for Old Dominion from 1979 to 1983, Donovan helped guide ODU to three Final Four appearances. Anne completed her four years at ODU with a 3.5 cumulative average in her major of leisure studies and became the all-time leading scorer and rebounder in ODU history with 2,719 points and 1,976 rebounds. She is still the NCAA's all-time shot blocker with 801.

“We are deeply saddened to have lost one of the all-time greats to ever play the game of women’s basketball," ODU Director of Athletics Dr. Wood Selig said in a statement. "Few have or ever will enjoy the type of success Anne has experienced throughout her career. Throughout her college and professional career Anne was one of ODU’s best ambassadors both for the institution and Lady Monarch basketball. Anne’s legacy will be permanent and ever lasting and will forever remain as the foundation upon which the Lady Monarch brand become national and synonymous with success.”

As head coach, Donovan led Team USA to the gold medal in the 2008 Olympic games - making her the first woman to ever win Olympic gold as a player and coach. According to ODUSports.com, Donovan returned to ODU in 1987 as a part-time assistant basketball coach. She was later elevated to full time assistant and remained at Old Dominion until 1997. In 2004, she guided the Seattle Storm to the WNBA title as head coach.

"A decorated player and trailblazing coach, Anne Donovan played a seminal role in the growth of women's basketball. For all she accomplished in college, the WNBA and on the international stage during her Hall of Fame career, Anne will also be remembered as a valued mentor and dear friend to so many in the game. On behalf of the WNBA, we extend our deepest sympathies to the Donovan family during this difficult time."

Her bio on the website of the Naismith Memorial Basketball Hall of Fame reads:

At a time when women's basketball was gaining national exposure, Anne Donovan, a 6-foot 8-inch center, was the game's premier player. Although aggressive, Donovan always played under control. From 1979 to 1983, she dominated women's college basketball like no player before her. Donovan owned the area under the basket and averaged double figures in points and rebounds in her college career to go along with 801 blocked shots, a record at the time of her enshrinement. As a freshman, she powered Old Dominion University to a 37-1 record and the 1979 AIAW national championship. Donovan later guided ODU to the NCAA Final Four in 1983, earning her the Naismith Player of the Year award. A three-time Olympian (1980, 1984, 1988), Donovan led the United States to gold medal victories in 1984 and 1988. Her international playing experience also included the Goodwill Games in 1986, the Pan American Games in 1983 and 1987, the World University Games in 1981, the R. Williams Jones Cup in 1984, and the Olympic Festivals in 1978 and 1979.

A truly tragic day in women's basketball: legendary player and coach Anne Donovan has passed away at age 56 from heart failure. Devastating news. A wonderful person and so important in women's sports.

It pains me to share that we @ODUSports lost our own Ann Donovan today. She was loved for her humility, strength, humor and legendary skills @Hoophall My friend walked me into the Hall in 96. I love u n already miss u my sister. #monarchs4life

I am sadden by Anne Donovan’s passing. She coached my sis @DanielleKoonce at ECU and me in the ABL. Death never comes at the right time. The Melvin family sends its deepest condolences to her family, friends and the entire BBall sisterhood. Gone but not forgotten Rest easy HOF

Anne Donovan was a wonderful person and a great human being. She impacted our game and touched many lives along the way including mine. Our thoughts and prayers are with the Donovan family. #Legendary

Heartbroken to learn about the passing of Anne Donovan, a role model & friend to me and many in the game. Thoughts and prayers with her family. Saw Anne Saturday in Knoxville with her sister Mary and her nephew. Very sad news.

Prayers up for Anne Donovan's family. Words can't express what she meant to our game! You will be missed!#RIP

We are deeply saddened by the loss of former Storm head coach Anne Donovan. She will be truly missed, and we extend our most sincere condolences to the Donovan family. pic.twitter.com/8HLNQvCoTz 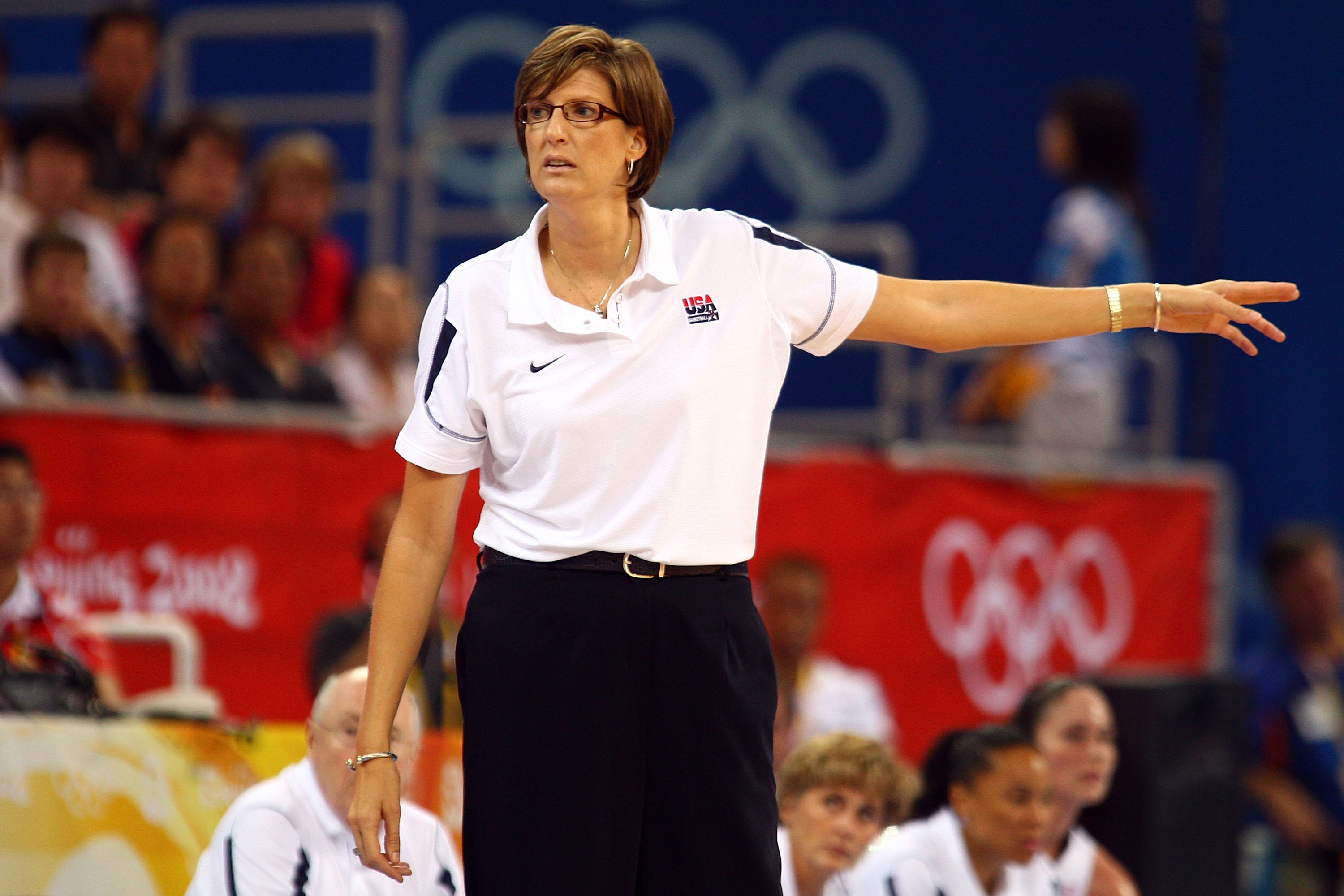