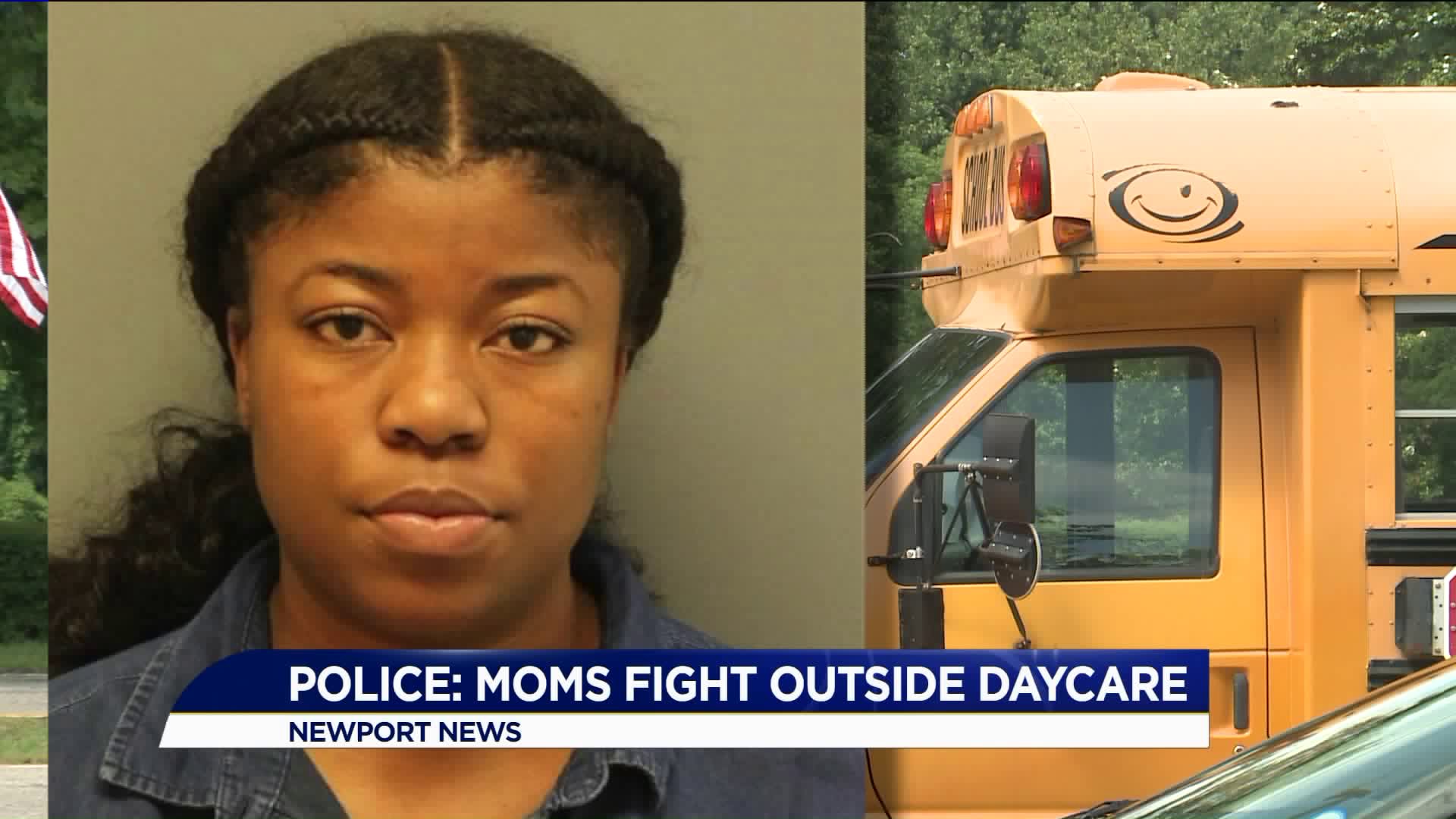 NEWPORT NEWS, Va. - A mother charged by police after she was accused of ramming her car into the vehicle of another mother while both women had children in the car, plead guilty in court.

Around 7 a.m. Tuesday, Newport News Police went to the parking lot of Warwick Kids' Academy for a 911 call.

A 33-year-old Newport News woman said she was supposed to meet another parent in the parking lot to discuss an incident involving their children who attend the same daycare.

According to the police report, the victim said she met with 29-year-old Marya Pearson, who attempted to enter the rear passenger side of her vehicle. It was locked, so the victim said Pearson ripped off her rear windshield wiper and started using it to scratch the victim's vehicle.

The victim told police she tried to back up slowly and leave, but Pearson put herself behind the vehicle.

At some point, police report Pearson got back into her vehicle and rammed the victim’s SUV with her car.

A 6-year-old girl, the victim's daughter, was inside the SUV at the time. Police report Pearson had her daughter inside the vehicle she was driving as well.

Though nobody was hurt, Pearson was arrested and charged.

The daycare owner told News 3 the day after the incident that she called police because the situation escalated and got out of hand. She said the daycare center has a good reputation and they do not have incidents like this.

Her Attempted Malicious Wounding and Vandalism charges were nolle prossed.

In court on May 10 a Judge ruled Pearson be under supervised probation for a period of time and complete anger management through the probation office. She does not have to serve any jail time. She spent 14 days behind bars at the time of her arrest.