CHESAPEAKE, Va. — Firefighters are on scene of a business fire  at Electric Motor and Contracting Company Inc. in the 3700 block of Cook Boulevard.

Dispatchers say they received the call around 4:30 a.m., Thursday morning. Firefighters were on scene by 4:40 a.m.

The fire was originally reported by a driver who saw smoke and it ended up being a fire in a trailer that is being used as a temporary office space.

Officials say the fire is under control and it was contained to the room it started in thanks to the quick response by firefighters.

Injuries have not been reported at this time and the cause of the fire is under investigation. 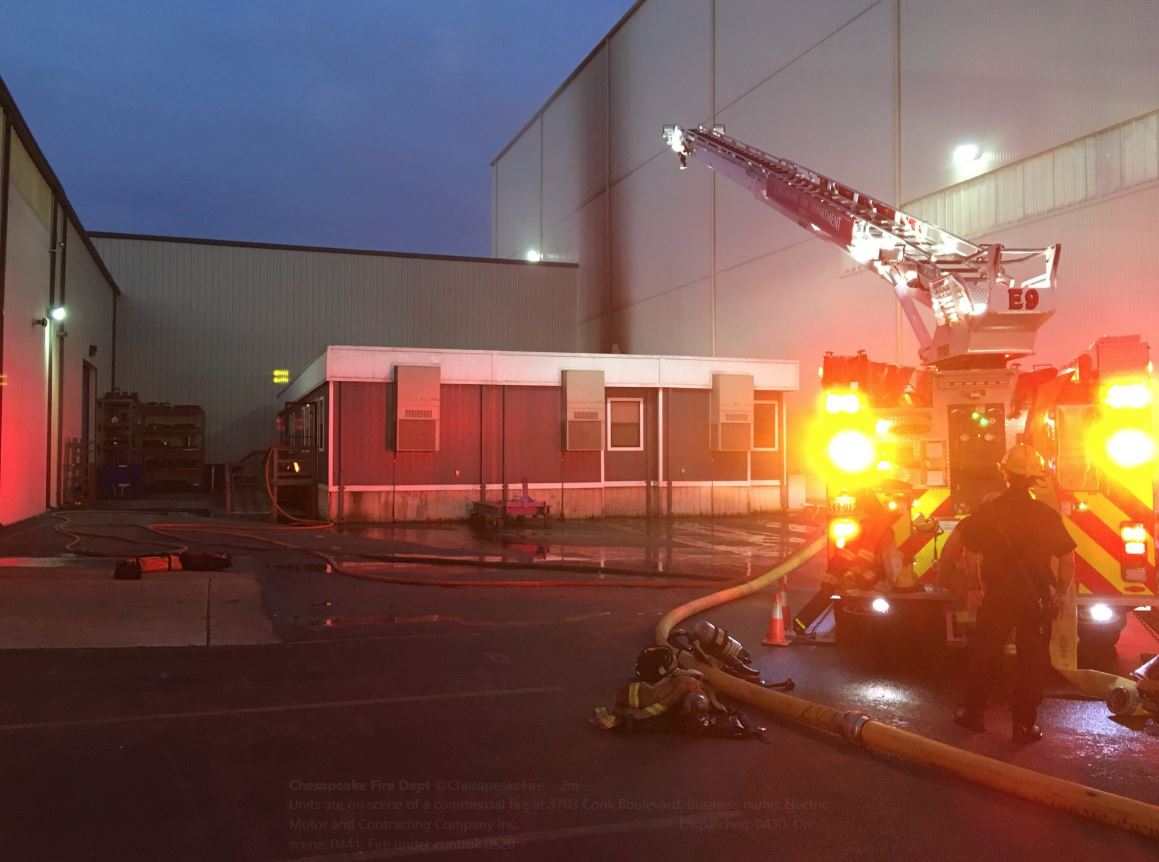