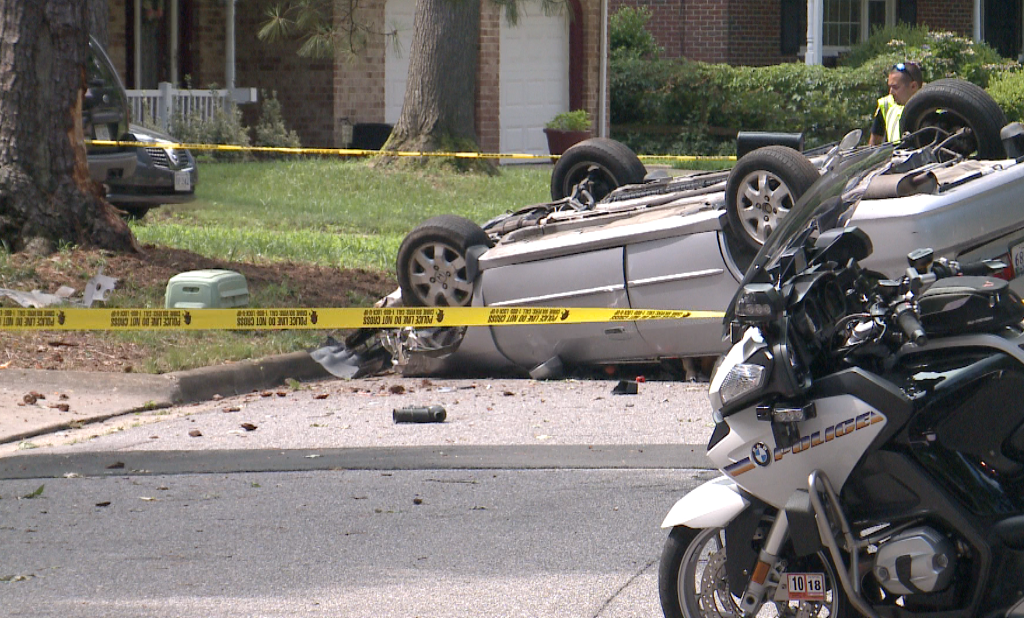 Around 9 a.m. a 2001 Honda Accord was traveling northbound in the 6300 block of Chestnut Hill Road.

Police said the vehicle entered a left curve and continued traveling to the right hitting a tree in a yard on Chestnut Hill Road.

The impact with the tree caused the vehicle to flip over onto its roof.

31-year-old De’Undre Lamar Scott was pronounced dead at the scene.

The cause of the crash has not been released but police said speed is believed to be a potential factor.