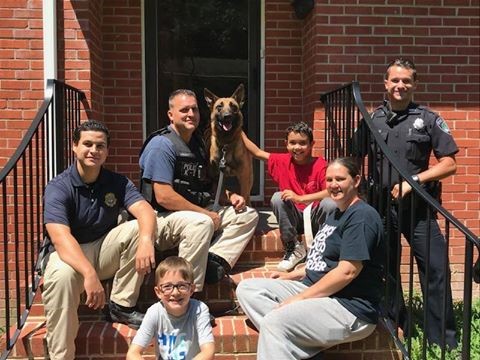 NEWPORT NEWS, Va. – A 10-year-old boy was the innocent victim of gun violence in early June.

The night of the shooting Malachi Smith was at a birthday party when he was shot. He was taken to the hospital with a life threatening injury, police said.

Smith’s story took a turn though, police have been keeping up with him and said they are very excited to see that he is out of the hospital and doing well!

On Thursday a few officers and K-9 Taz stopped by to visit Smith and they dropped off gifts to wish him well in his continued recovery.