Father: Woman kills boyfriend in self-defense, then herself 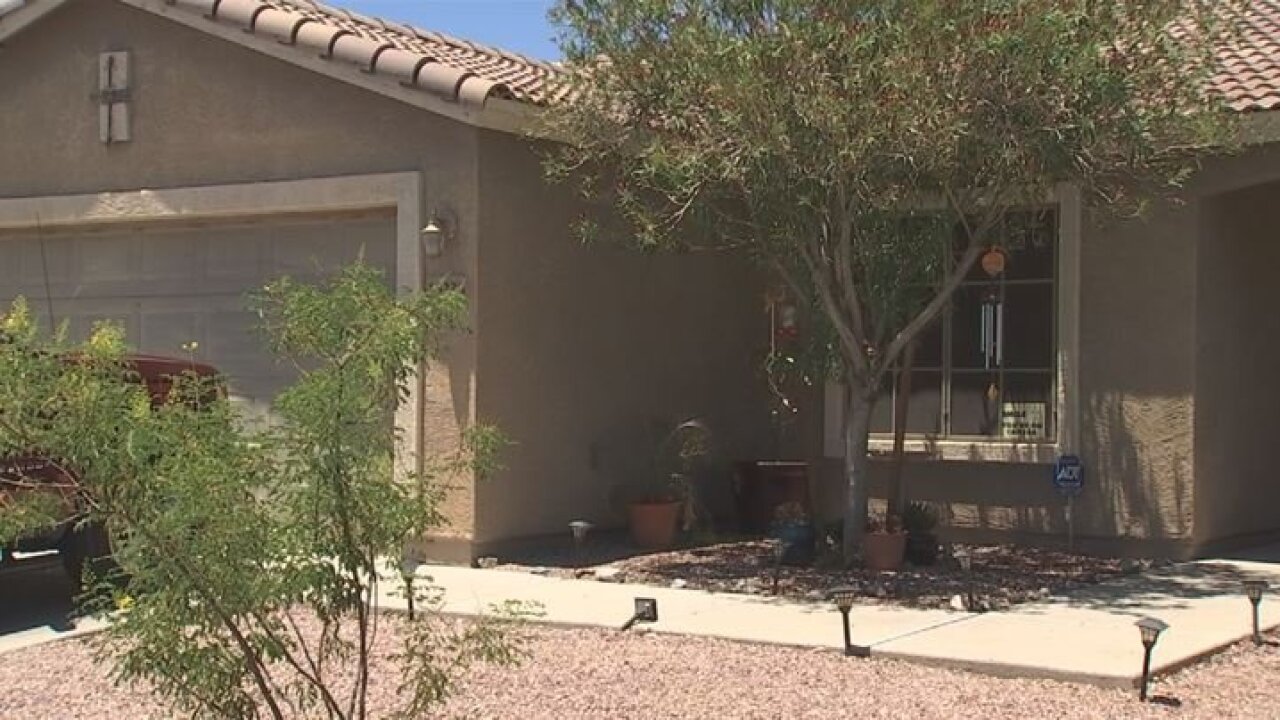 Surprise, AZ (KTVK) — The father of a woman says she shot and killed her longtime boyfriend in self-defense in Surprise before turning the gun on herself on Saturday.

Just after 11 p.m., police were responding to a domestic dispute call in the area of Waddell Road and Sarival Avenue, which is just east of the Loop 303.

Once officers arrived, they found two people dead inside of the home.

According to Arley McAdams, his daughter Christy McAdams and her boyfriend had a long history of abuse. She had gone back to the home to pack up her stuff and leave with their 4-year-old daughter.

Arley said the pair got into a fight around 4 p.m. and the boyfriend threatened Christy with a gun.

“He threatened her with a gun, tried to take a shot at her, she pulled out her gun, and shot him, and he died,” Arley said.

Arley, who lives in Nevada, said Christy then called his wife and then him, and told them what happened.

“She said she’s going to jail for life, she can’t live like this without her daughter,” Arley said.

Arley tried to convince her to wait for police to show up and wait for him to drive down there, but it’s a four-and-a-half-hour drive.

Arley tried to convince her not to do what he thought she might do, which was to take her own life, but then he heard the worst sound possible.

“She told her daughter she loved her, and she put the phone down,” Arley said. “She said that’s it, and a gunshot went off and I heard her body drop.”

Arley and his wife drove as fast they could to the house.

“Found my granddaughter asleep on the couch, found my daughter deceased on the bedroom floor next to her boyfriend who was deceased,” Arley said.

So far, the Surprise Police Department said it can only confirm it was a domestic dispute and that it led to a murder-suicide.

The boyfriend’s name has not been released.