NORFOLK, Va. – The staff at Norfolk International Airport played hero to one little girl who had recently lost her stuffed animal at the airport.

Cookie Dough is the name of the little girl’s stuffed animal, and airport staff adorably returned it with a booklet of Cookie Dough’s adventures at Norfolk International.

Apparently, the staff took Cookie Dough on a tour and showed him the ropes on how to perform a few jobs at the airport.

The mother of the little girl posted the pictures of the staff’s gesture on Facebook saying, “Guys…Gussie lost her “cookie dough” favorite stuffed animal at the airport last week. I called the airport to let them know, and they called us later to say they found it! She went to pick it up today and they gave her this book and I about cried. Norfolk International Airport you all are awesome😍😍😍”

What a great story! Maybe Cookie Dough can use his job training experience someday when he is back in the area. 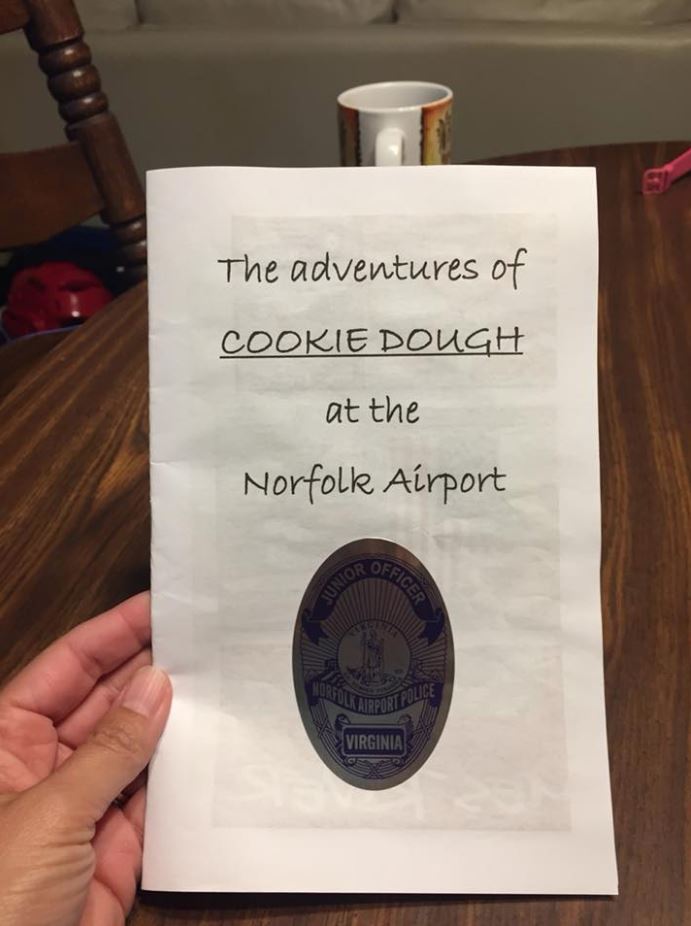