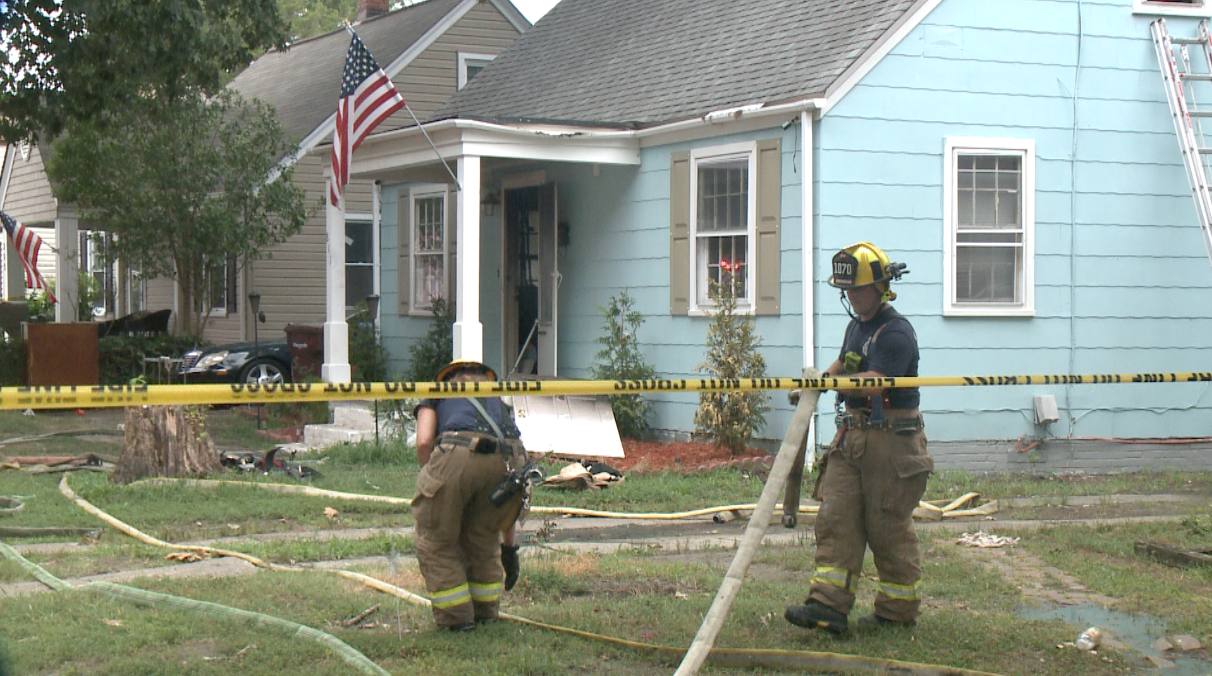 CHESAPEAKE, Va. – The five children who were rescued from a house fire in the 800 block of Wright Avenue Saturday were home alone, officials with the Chesapeake Fire Department say.

Authorities also said there were no working smoke detectors inside the home at the time of the fire.

Crews responded to the scene around 12:30 p.m. and brought the fire under control by 1 p.m.

The children – ages 10, 7, 4, 3 and 6 months – were rescued from the two-story home. Neighbors used a ladder to enter the second floor to rescue four of the children. The baby was downstairs when he or she was rescued and was taken to the hospital in critical condition.

The other four children suffered non-life threatening injuries. As of Monday, there is no update on the baby’s condition.

Officials determined the fire started on the kitchen stove.