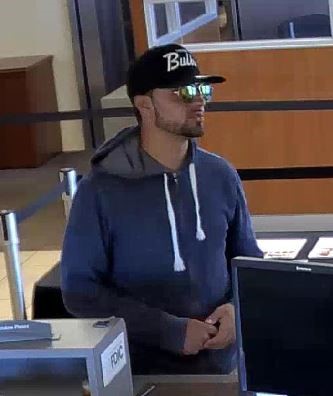 VIRGINIA BEACH, Va. – The Virginia Beach Police Department is investigating a bank robbery that happened at the Wells Fargo in the 1000 block of Independence Boulevard Monday afternoon.

Police say the suspect entered the bank and demanded money from the teller. He fled the area on foot after receiving an undisclosed amount of money.

No injuries were reported during the robbery.

The suspect is described as a white man in his 20s-30s who is between 5’7″ and 5’8″, is of medium build and has short hair and a slight beard and mustache. He was last seen wearing a zip-up sweatshirt with a graffiti print t-shirt underneath, a dark-colored baseball cap with white writing on the front and sunglasses.