No damage caused by fire at General Dynamics NASSCO

NORFOLK, Va. – A dust fire was spotted under a ship in the dry dock at General Dynamics NASSCO, according to Norfolk Fire-Rescue.

The initial call came in at 9:37 a.m., with units responding to the scene.

Norfolk Fire-Rescue reports the fire was confined to a dust collection system off the ship in the dry dock. They also confirmed that no damage was caused to the Mesa Verde ship. 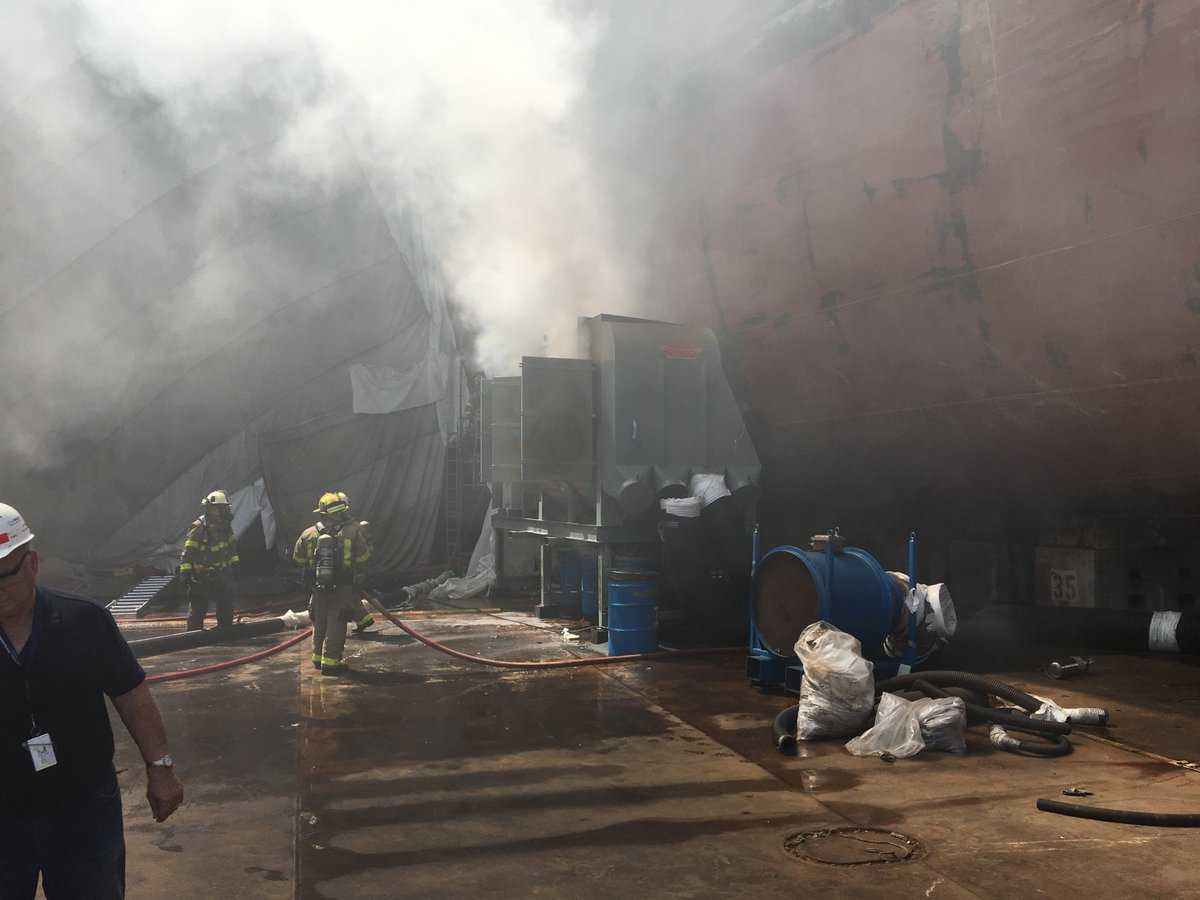