The USS Laboon was one of three Norfolk-based ships that fired Tomahawk missiles into Syria back in April, along with the USS Monterey and the USS John Warner.

The destroyer's commander told they were ready for the mission.

"We weren't sure if we were gonna actually shoot; we were initially a backup," Commanding Officer Rob Lightfoot explained. "Then we got the assignment to do it. A lot of nerves beforehand, a lot of relief afterwards that everything went well."

More than 300 sailors are currently serving aboard the destroyer.

Family, friend and loved ones arrived to greet those onboard the USS Laboon at NSN when it arrived around noon.

"I was very proud of him," Bunnell said. "I was just, obviously, scared.”

We spoke with Bunnell after he stepped off the Laboon and hugged his family.

"It was rough being away from them but I'm glad to be back," the Petty Officer said. "Just makes it all be a little more sweet."

Mary admits she was concerned when hearing about the missile strikes.

It was his first deployment. 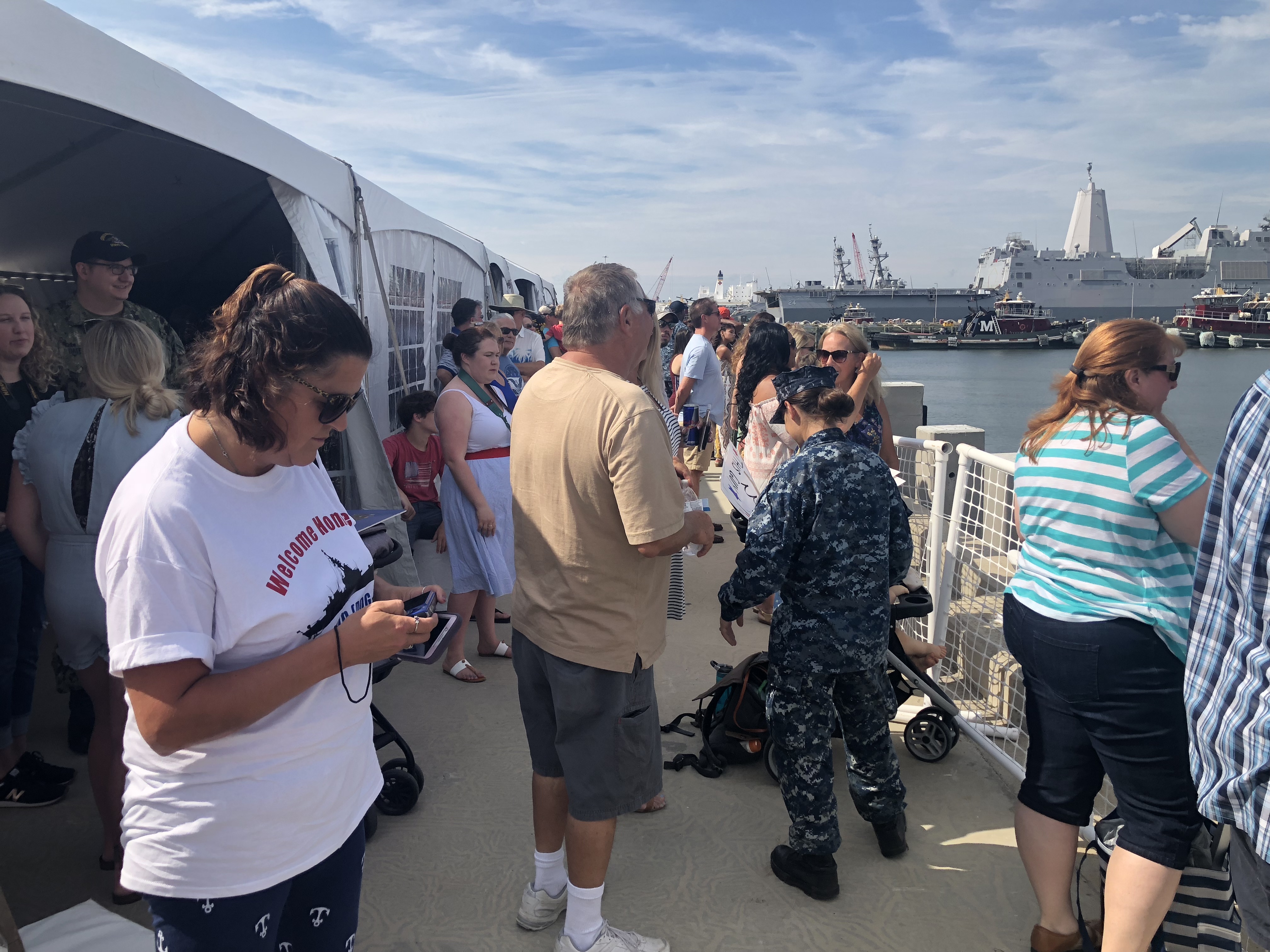