NORFOLK, Va. – David Barrington, who served as the getaway driver during the 2017 murder of 24-year-old Pedro Cain, was sentenced to five years in prison with four years suspended today.

According to police, Barrington, along with Ashanta D. Parker, Kevin D. Hill, Felicia L. Ries and a juvenile, all played a role in Cain’s death. Barrington’s charge was for accessory after homicide.

Emergency crews responded to a home in the 9000 block of 1st Street around 12:30 a.m. on May 23, 2017. They found Cain inside the home suffering from a gunshot wound. He was taken to Sentara Norfolk General Hospital, but died a short time later. 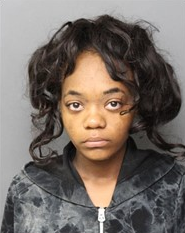