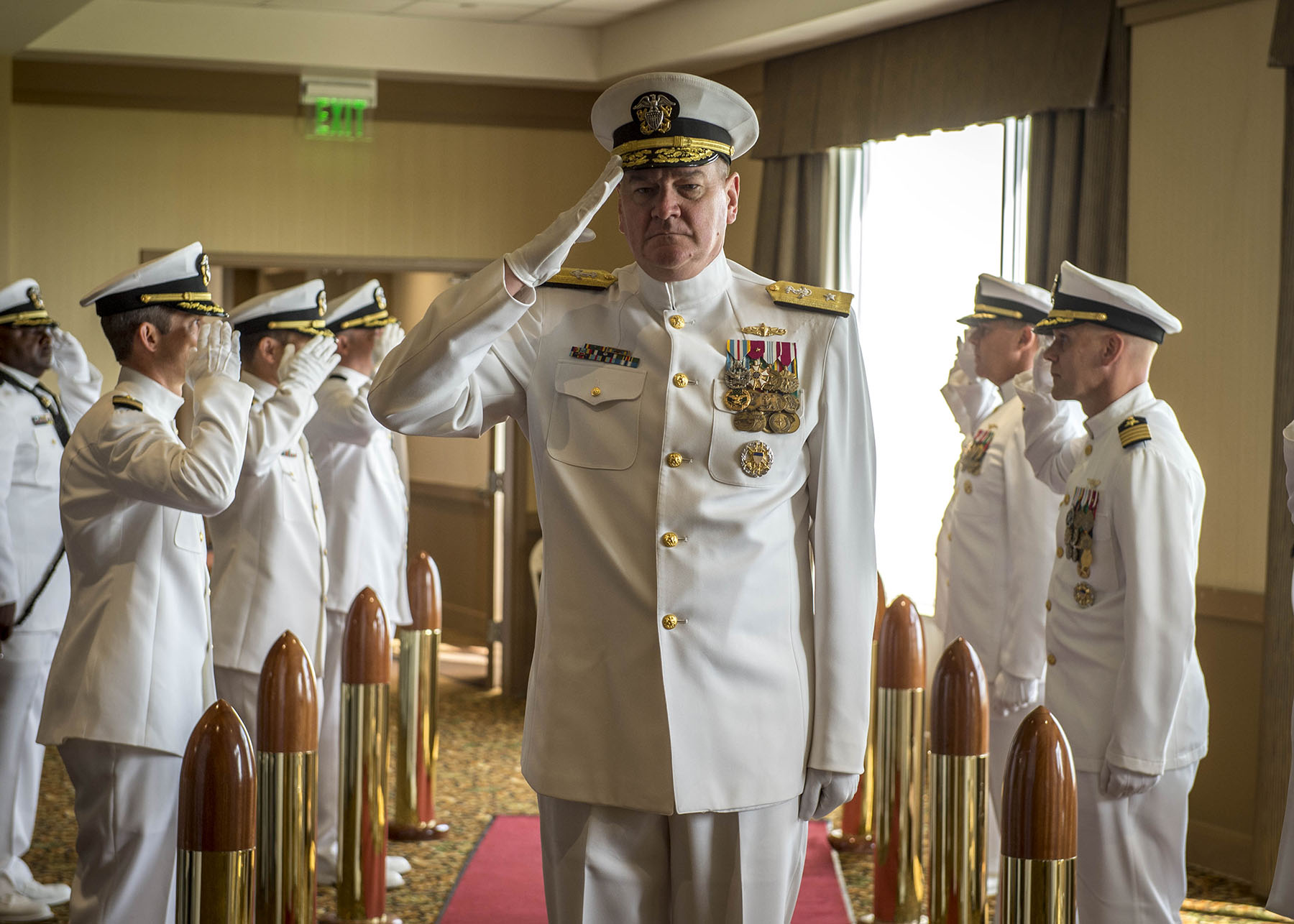 Vice Adm. Mary M. Jackson, commander of Navy Installations Command, was the presiding officer and guest speaker for the ceremony.

Following today’s ceremony, Scorby retired from the Navy after serving nearly 36 years. He will be relocating to Florida to spend time with his family.

Scorby assumed command of the Mid-Atlantic Region on March 10, 2016. During his tour, he demonstrated visionary and innovative leadership in guiding 14 installations across a 20-state region. He also encouraged installation energy conservation and championed the Fleet and Family Support Program, which collaborated with local community partners to conduct hiring fairs that leveraged an innovative technology to achieve a 50 percent hiring rate for military spouses and transitioning veterans.