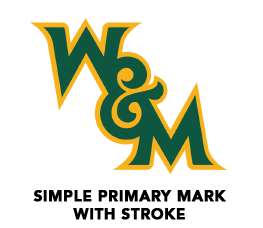 WILLIAMSBURG, Va. — The athletic department at the College of William and Mary has released a revitalized brand, which includes a new logo.

According to University officials, the move comes to align the brand and logo used in the athletic department with that of the University’s official brand.

“Having a strong and recognizable brand is important as we pursue excellence as a department,” stated William and Mary Director of Athletics Samantha K. Huge. “While we remain the Tribe, the new logo provides us with a more powerful connection to the university and will allow us to more seamlessly elevate the entire institution’s visibility on a national scale.”

The new logo also uses University traditional colors and uses an interlocked “W&M,” which has been used before in the athletics department. The primary suite of revised logos also features a more aggressive Griffin with the word Tribe.

The logo will be implemented slowly throughout athletic venues for the University over the next year. It will also be used on the uniforms, gear, stationery and promotional material for all 23 William & Mary sports.

The University said that its efforts to rebrand the athletic department started around a year ago with a committee of athletics administrators and the university design team coming together to develop the athletics brand and bring it more in line with the institution’s overall visual identity.

While the University says it is de-emphasizing the Tribe script logo, William & Mary says that it remains committed to the nickname Tribe, which they say is a significant part of the ethos and culture both on campus and in athletics.