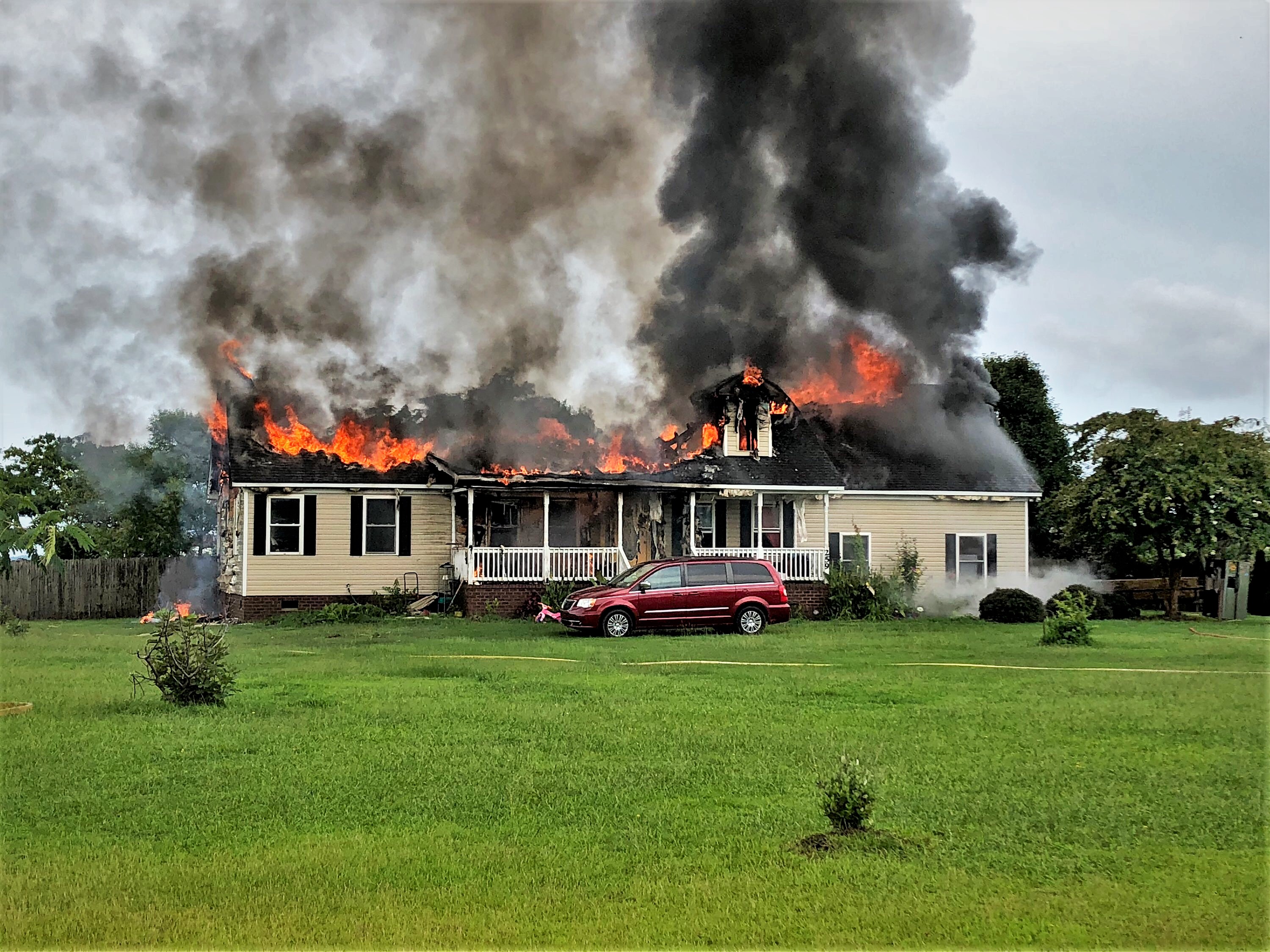 CURRITUCK COUNTY, N.C. — A house fire that occurred Friday has displaced a family of five from their home.

Dispatchers received a call at 3 p.m. for a house fire at the 200 block of Woodleigh Road on Knotts Island, according to officials.

No injuries were reported, but one woman and four children will be displaced due to extensive fire and smoke damage. The children were not home during the fire.

This was an accidental fire that started on the stove.

The homeowner attempted to extinguish the fire, but the fire extended up through a ceiling vent and into the attic space. The homeowner called 911 when she heard crackling through the ceiling vent.

Crews found the homeowner’s cat inside a crawl space, unconscious underneath rubble. The cat was given oxygen and regained consciousness.