Click here for the latest update on this story.

RICHMOND – The AMBER Alert issued Thursday for a reported child abduction at the Reagan Washington National Airport in Arlington on August 2 has been canceled.

According to Metropolitan Washington Airports Authority Police, 12-year-old JinJing Ma was found in Queens, New York, Friday. She was in the custody of her parents.

When the alert was issued Thursday, authorities believed JinJing was in extreme danger. 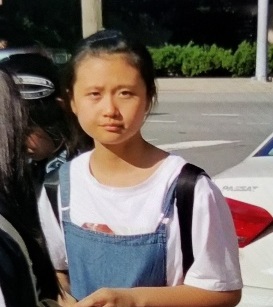 State Police say JinJing was visiting the U.S. from China with a tour group. She received her passport just before checking in and left the group, meeting up with an unknown middle-aged Asian woman who helped the child change her clothes. Authorities say they then walked together to the arrivals area of the airport and disappeared out of camera view.

A witness said he may have seen the same woman in New York City meet up with the victim and hand her food.