Nearly 400 Sailors were aboard, returning after serving in the Iwo Jima Amphibious Ready Group (IWO ARG).

"Yeah, we`re very excited for her to come home. We want to wrap our arms around her," said Kathy Woodworth, who's daughter, Emily Haley, was on her first six-month deployment.

Woodworth and her husband traveled from New York to see their daughter's return.

When Haley got off the ship, there were smiles and tears.

"It feels amazing. I`m so excited. It`s been a long six months but I`m happy to be home," she told News 3.

The other IWO ARG ships, USS Iwo Jima (LHD 7) and USS New York (LPD 21), are slated to return to Naval Station Mayport in Florida on Thursday. 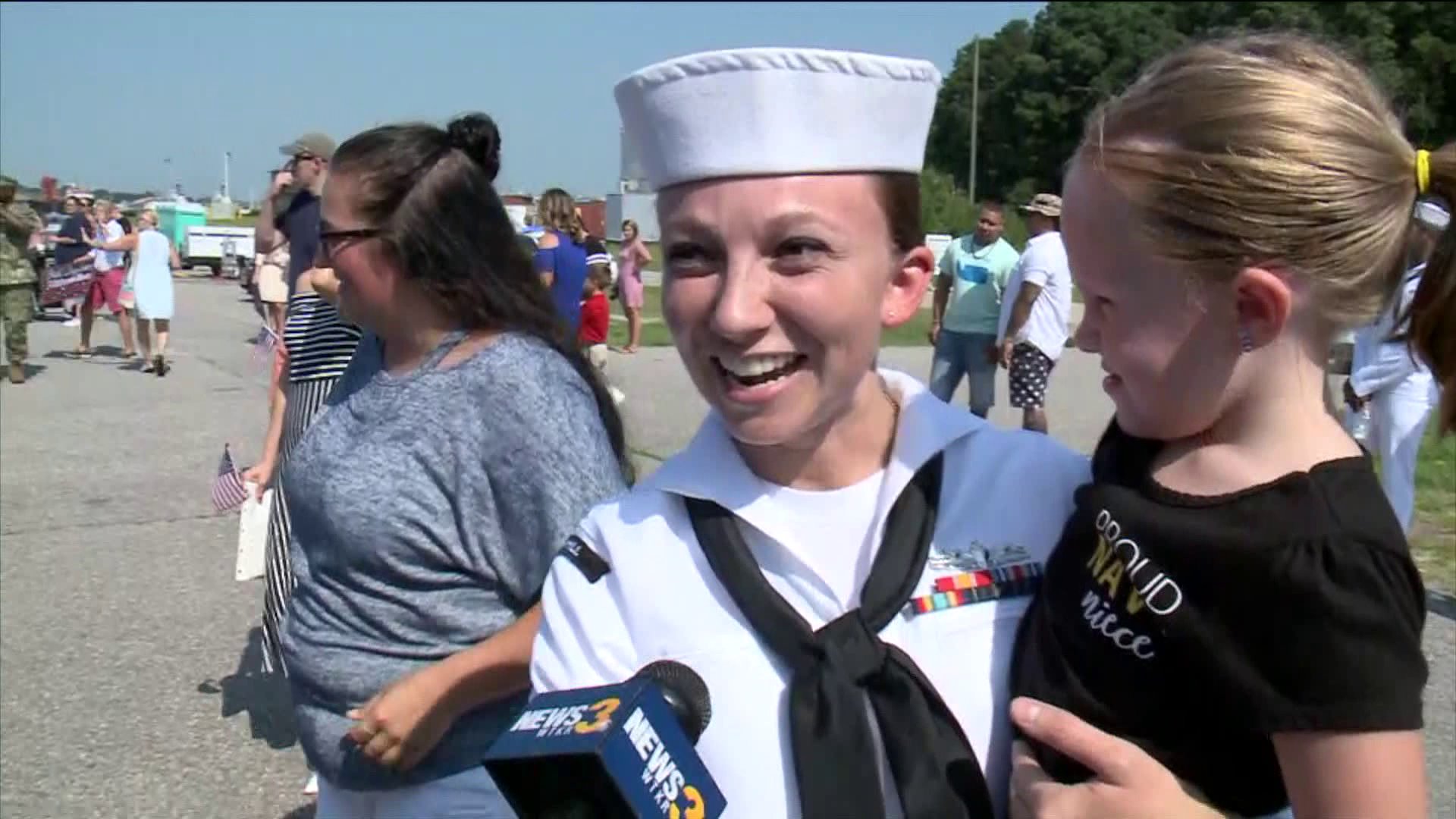