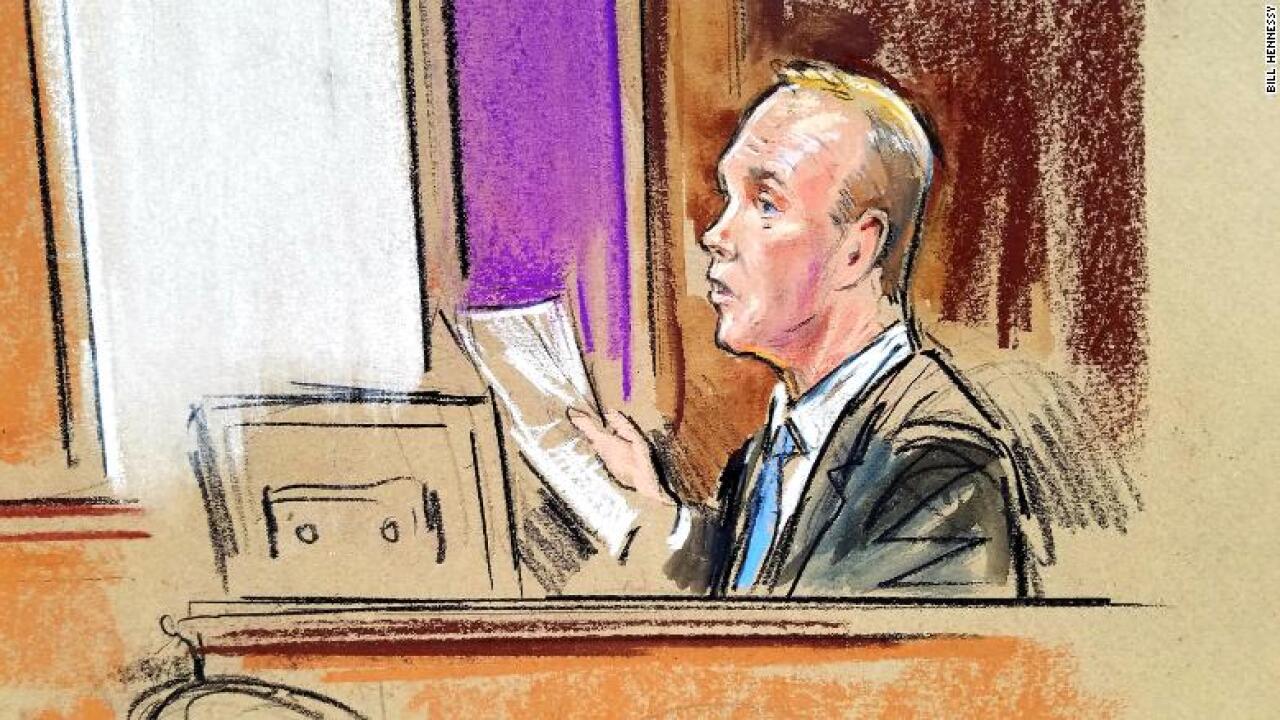 Prosecutors are nearing the end of their case against Donald Trump’s former campaign chairman Paul Manafort.

Special counsel Robert Mueller’s team expects to call another eight witnesses before concluding its case and is on track to wrap up by Friday.

The remaining witnesses include bankers and others familiar with Manafort’s real estate portfolio and debts, and they’re expected to dive into the gritty details of the prosecution’s case on bank and mortgage fraud.

The case is the first that Mueller’s team has brought to court as part of its investigation into Russian election interference in 2016. While the charges aren’t related to Manafort’s time on the campaign, the trial is being eyed closely by the President and his team as they negotiate a potential interview between Trump and Mueller’s team.

Manafort is charged with 18 counts of tax and banking crimes and has pleaded not guilty to all charges.

Thursday’s testimony won’t bring as much drama to the courtroom as Manafort’s former deputy Rick Gates, who told jurors that he and Manafort had 15 undisclosed foreign accounts and had falsified financial documents.

But Gates faced intense cross-examination from Manafort’s team, who has tried to undermine Gates’ credibility as a key part of its defense.