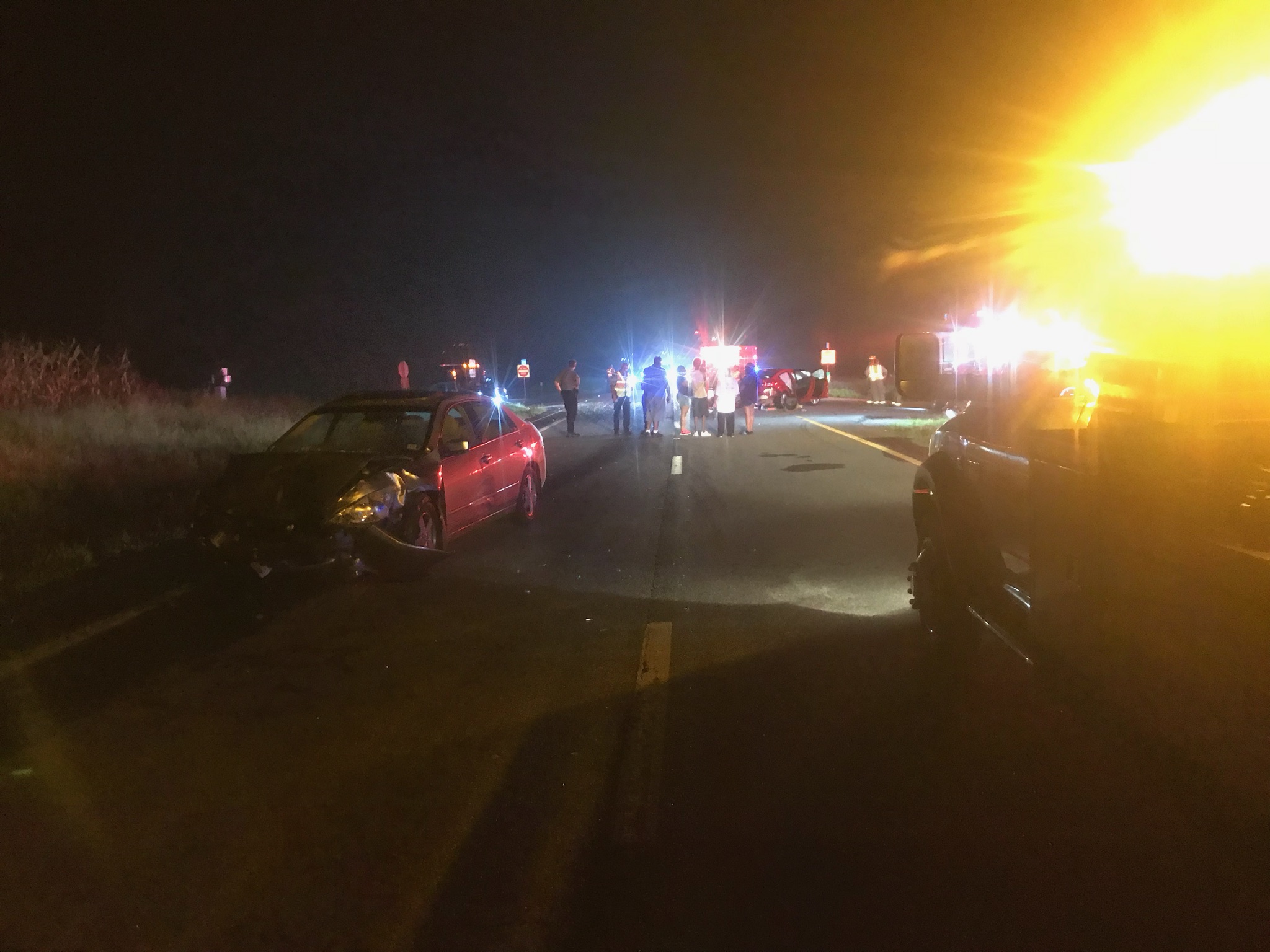 SOUTHAMPTON CO., Va. — Six people were injured and another had to be extricated from one of the two vehicles involved in a crash in Southampton County Saturday night.

The call for a two-vehicle crash on Route 58 and Popes Station Road came in shortly before 10 p.m. According to the Courtland Volunteer Fire Department, four helicopters were requested for the scene:

The Southampton County Sheriff’s Office’s investigation revealed that a four-door Chevrolet car crossed Route 58 to turn and came to a stop when it was hit by a four-door Honda car. It is unknown how fast the Honda was going.

The helicopters reportedly used Southampton High School as the landing zone for the crash.

One of the children, a six-year-old boy, is said to be in critical condition. The other three people sustained non-life threatening injuries. The types of their injuries and their current conditions are unknown.

Two children were inside the Honda that hit the Chevy. They were treated and released on scene. Their only complaint was of pain from the crash.

No summonses have been issued to anyone at this time. Alcohol is not believed to be a factor in the crash.