Officials: Pennsylvania man who threatened president may be passing through Hampton Roads 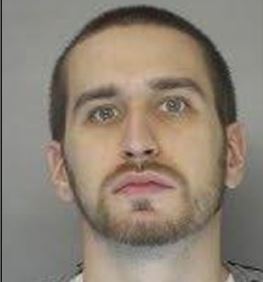 PHILADELPHIA – The U.S. Marshals, FBI and U.S. Secret Service are asking for the public’s help in finding a Pennsylvania man wanted for threatening the president and other elected officials.

Officials say 27-year-old Shawn Richard Christy of McAdoo, Pennsylvania, has multiple state arrests warrants in Pennsylvania for burglary, probation violation and failure to appear for an aggravated assault case. They say Christy has threatened to use “full lethal force on any law enforcement officer that tries to detain me.”

A federal warrant was issued for Christy in relation to Facebook threats to the Northampton County district attorney. Authorities say the threats stated, “keep it up Morganelli, I promise I’ll but a bullet in your head as soon as I put one in the head of President Donald J. Trump.”

On August 18, investigators with the U.S. Marshals Service and the FBI were notified that a 2001 Jeep Cherokee stolen from Kentucky, believed to be driven by Christy, was found in a wooded area in Nitro, West Virginia.

Around 7 p.m. the next day, the Maryland Allegheny County Sheriff’s Office received a call of a suspicious man wearing a tan shirt and blue jeans who was sleeping in a vehicle in the 13000 block of Winters Lane in Cumberland, Maryland. After a citizen saw the man, the man fled and officials were unable to find him.

Deputy U.S. Marshals responded to the area where the man was seen sleeping and positively identified him as Christy.

Earlier Monday, a business owner in the area where Christy fled reported a stolen 1997 GMC Sierra pickup truck with Pennsylvania license plate XGL-2845. Christy is considered a suspect in the theft because of the location of the stolen vehicle.

Christy is described as a white male with a light complexion who is 5’10” tall and weighs approximately 160 pounds. He has a tattoo of a cross on his right upper arm, short dark blonde hair and a full beard. He also speaks with a noticeable lisp and claims to be a survivalist.

Although there is no specific information that suggests Christy is currently in Hampton Roads, authorities say he could be passing through or hiding in the area.

Christy should be considered armed and dangerous, and officials are warning people not to attempt to arrest him themselves.