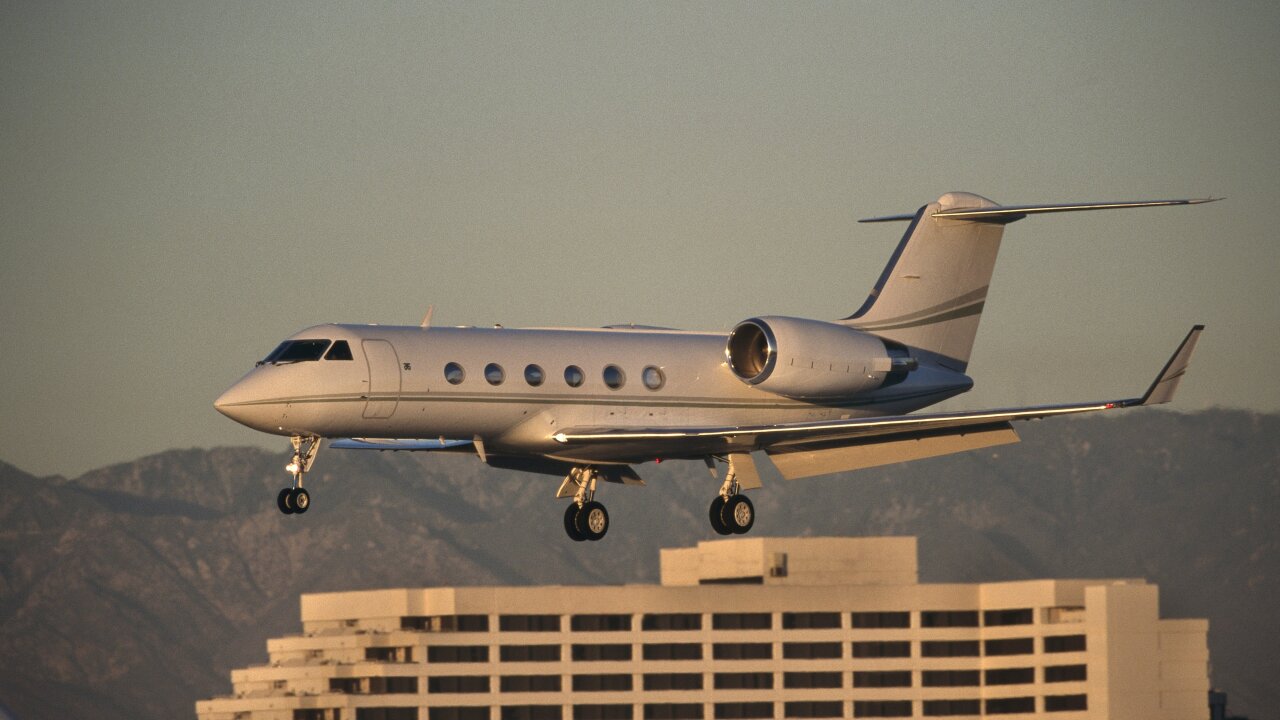 A Gulfstream IV jet, similar to the one pictured, bound for the United Kingdom has been diverted to a Massachusetts airport after it blew two tires upon takeoff in New Jersey.

Musicians Post Malone and Andrew Watt were both on board a Gulfstream airplane that successfully made an emergency landing after experiencing issues during takeoff, according to a source with knowledge of the flight.

The Gulfstream IV jet took off from New Jersey’s Teterboro Airport and was originally bound for the United Kingdom, but the plane was diverted to New York’s Stewart International Airport after it blew two tires upon takeoff, the Federal Aviation Administration said Tuesday.

The plane safely landed at 3:50 p.m. and then was towed to the ramp, the FAA said.

“i landed guys. thank you for your prayers. can’t believe how many people wished death on me on this website,” he wrote, adding an expletive. “but not today.”

Post Malone, whose real name is Austin Post, is a 23-year-old rapper and singer who rose to fame after his 2015 single “White Iverson.” Andrew Watt is a musician and guitarist who has worked with Malone, including in their song “Burning Man.”

On Monday night, Post Malone attended the MTV Video Music Awards at New York’s Radio City Music Hall, where he and 21 Savage performed their hit “rockstar” before being joined on stage by Aerosmith. Malone also took home song of the year honors for the track.

“Honestly, in a hundred-million years I would never, you know, expect to do this, ever,” he said, accepting his award. “This is sick. Thank you so much, guys.”

Gulfstream IV jets can carry more than 12 passengers and are typically used for business and private flights. Earlier, the FAA had said the flight was being diverted to an airport in Massachusetts.