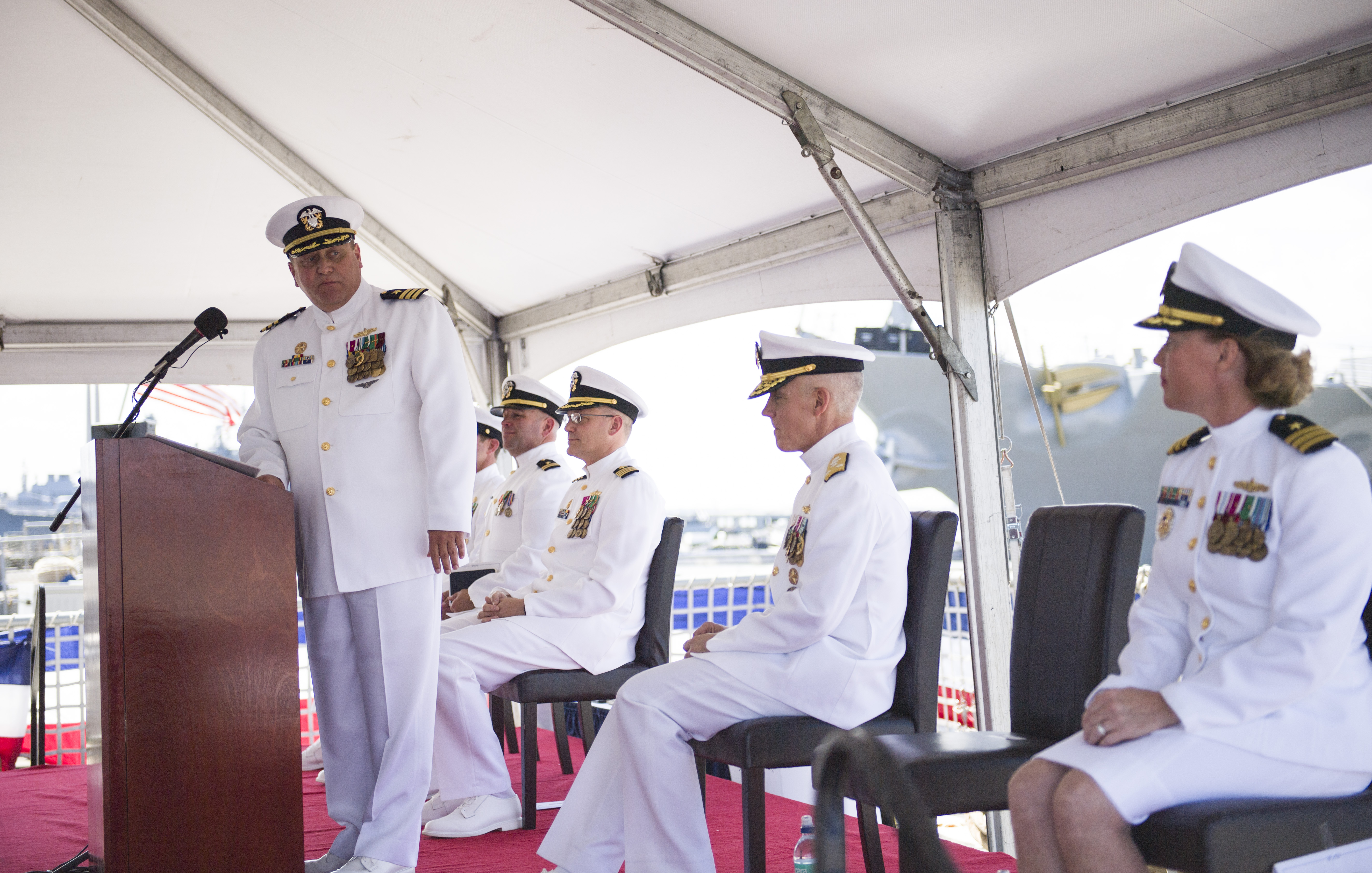 Cmdr. Zoe Arantz relieved Cmdr. Michael Cloud as commanding officer of the guided-missile destroyer in front of family, friends and shipmates during a change of command ceremony at Naval Station Norfolk on Friday.

Arantz assumed command of the Nitze after completing an 18-month tour as the ship’s executive officer. She previously completed a tour as a strategic planner on the Joint Staff in the J5 Political Military Affairs, Middle East Directorate, Iran Division from March 2013-April 2016.

“I am privileged to take command at sea. There is no higher honor than to be asked to lead Sailors,” said Arantz. “My goal as USS Nitze’s commanding officer is to equip, train, and lead Nitze’s Sailors in combat. If necessary, we will fight together and win wars on the nation’s behalf.”

Arantz enlisted in the Navy in 1994 as an Interior Communications Electrician and graduated from San Diego State University in May 2000.

Cloud, the ship’s ninth captain, assumed command in August 2017. He enlisted in the Navy in 1989 and is a 1999 graduate of the University of New Mexico. He previously served as the Nitze’s executive officer in September 2015.

“I am humbled and honored to have had the privilege of serving as commanding officer in USS Nitze,” said Cloud.  “It has been the most challenging and yet most rewarding experience of my naval career. I leave Nitze knowing the crew is ready to meet the challenges ahead. We did it right.”

During Cloud’s time in command, the ship completed sustainment phase operations in the summer of 2017. The Nitze was awarded the Destroyer Squadron 2 Battle E award for 2017, which is presented annually to the most effective warship in the squadron.