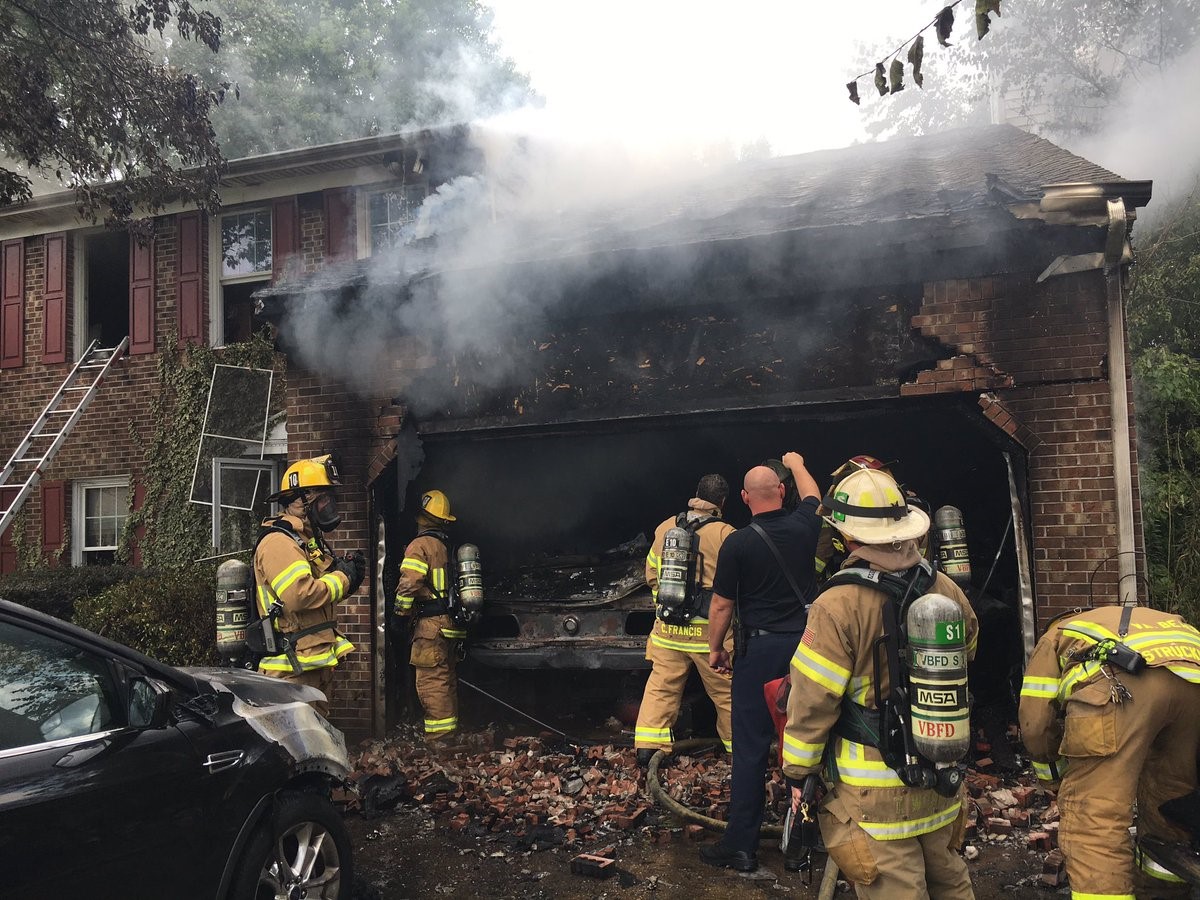 VIRGINIA BEACH, Va. – Crews with the Virginia Beach Fire Department responded to a house fire in the 1900 block of Bunnell Court in the Glenwood area of the city Monday afternoon.

Authorities say the fire started in the garage and extended into the attic. The homeowner was inside doing welding work on his cars when he had an accident. He was the only one at home at the time of the fire.

The home suffered heavy smoke and fire damage. Authorities say the fuel from the car contributed to the intensity of the fire.

Crews worked the fire from the outside of the home before getting a hand line through the front door.

The man and his wife will be displaced as a result of the fire.

The exact cause of the fire is still under investigation.