Prince Harry wows crowds by singing at ‘Hamilton’ in London 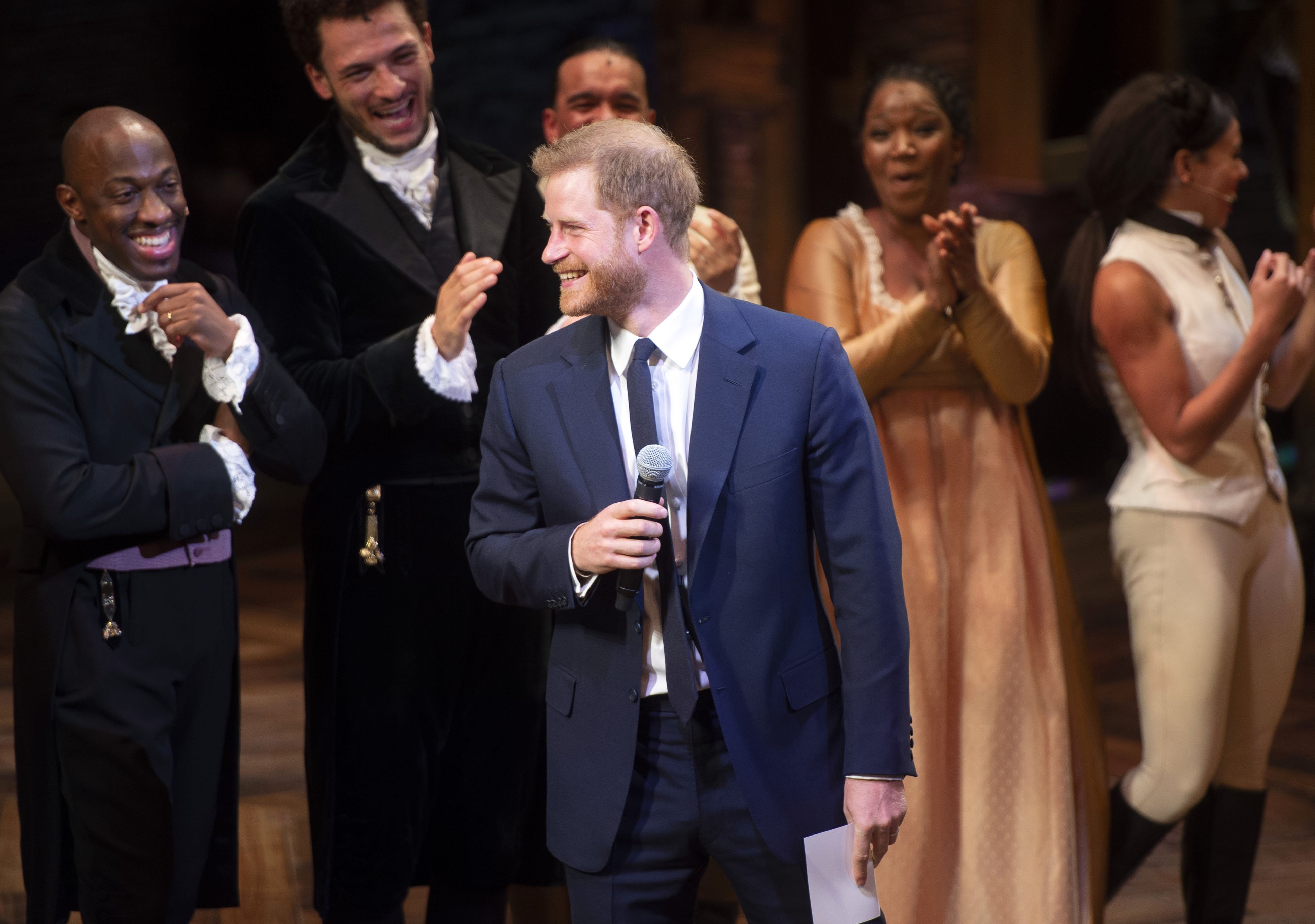 Prince Harry stole the show at London’s West End after bursting into song at the hit hip-hop musical “Hamilton.”

The Duke of Sussex gave those in the theater something to remember on Wednesday night after breaking into song at the end of a charity performance of the show, treating the cast to a song sung by the George III character in the show – Harry’s sixth-great-grandfather.

On stage with the cast, Harry broke into mock-song, starting off with “You say…” before cutting himself amid cheers and laughter from the cast and audience.

The show was held to raise money for the Duke’s HIV charity, Sentebale.

He watched the production alongside Duchess of Sussex Meghan Markle and the show’s creator Lin-Manuel Miranda.

Ahead of the show, Miranda had commented it would be “fun and surreal” to see the royal couple watch the performance of King George III.

Joining Harry on stage afterward, Miranda said: “Smash cut to 2018, I’m sitting next to his sixth-great grandson. Ladies and gentlemen, the Duke of Sussex,” the UK Press Association reported.

“Hamilton,” one of the United States’ most popular musicals, tells the story of American founding father Alexander Hamilton and his rise from poverty to power against the backdrop of the American Revolution.