He lived in a crack house. Now he’s guiding people out of addiction, with meditation

Vinny Ferraro makes his way to a chair at the front of a dim, chatter-filled room. Most Friday nights in San Francisco, he leads a meditation and an open discussion group session. And tonight is that night.

Everyone — from ex-cons and recovering addicts to everyday businesspeople — searches for a seat.

All eyes are on Ferraro, who is wearing a gray sleeveless t-shirt that reveals his tattoo-covered arms.

“Welcome, everyone. My name is Vinny Ferraro and I’m the guiding teacher. This is a particularly surreal night when there is, like, cameras over our shoulders,” he says, referring to us.

“So, if you are in witness protection, please exit through the gift shop.”

It’s Ferraro’s sense of humor and his own troubled past that give him the ability to connect with so many people. 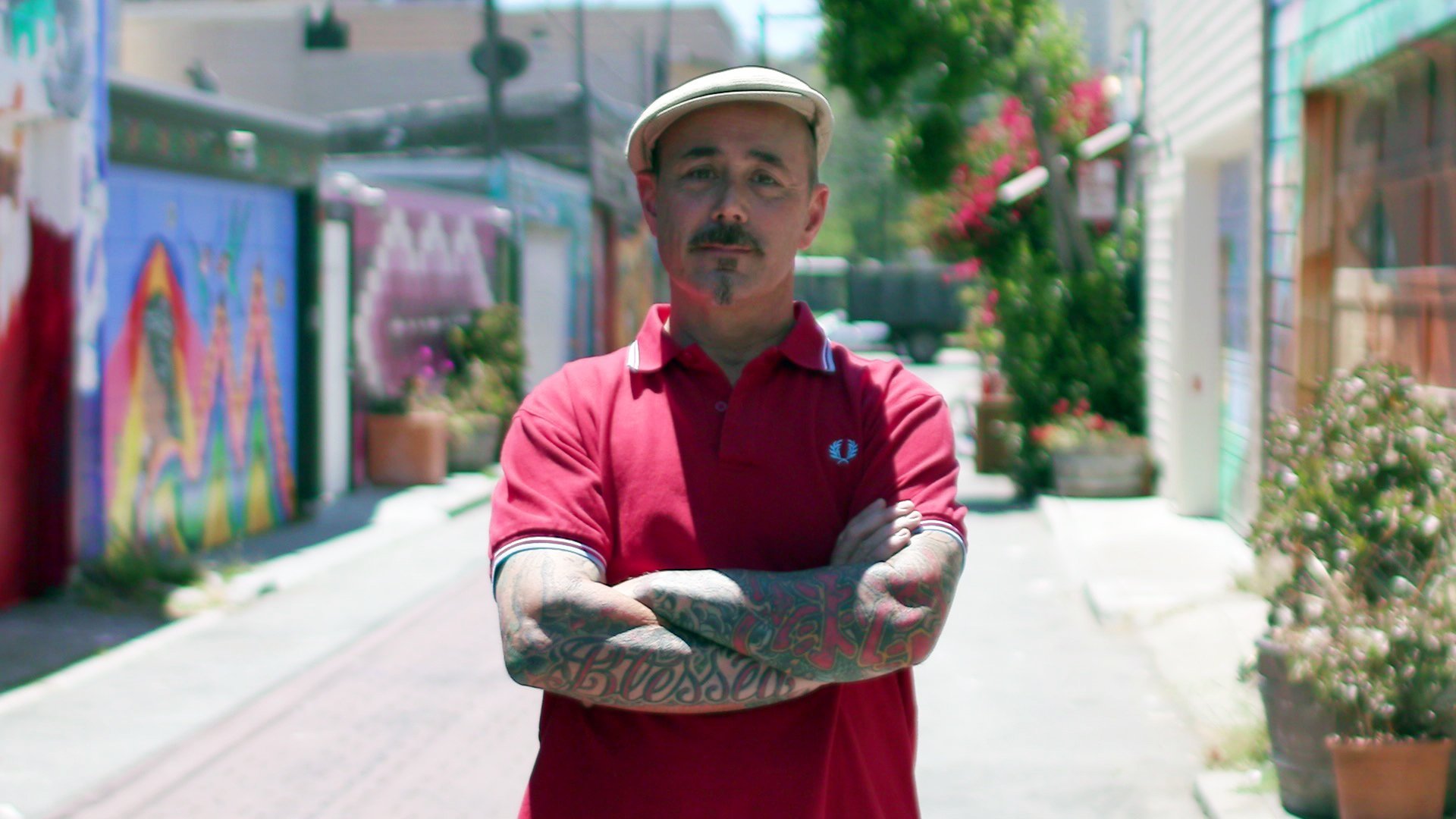 “Both my mother and father dealt with addiction. I was raised in this wild neighborhood, with a lot of violence, a lot of drug addiction and a lot of incarceration. So I had to figure out a way to armor up.” Ferraro leans forward and continues.

He still gets choked up talking about his history and the unexpected events that led him to his turning point.

“It was 1987. I was smoking crack every day, living at the spot [crack house], and the most unlikely person walked in. Somebody I hated: my father. He had gotten out of prison and got his life together and gotten sober, and he came to find me. So, the person to introduce me to that world introduced me to the door out of that world, and he’s [Ferraro’s father] still sober; 32 years now.”

His father showed up in what Ferraro describes as his darkest hour — knocking on death’s door. Then addicted, he resisted at first, but his father was persistent and didn’t take no for an answer.

In 1990, during his recovery, Ferraro was exposed to meditation but didn’t get serious about it until a few years later. He says meditating keeps him on the right path, where he can now respond differently to certain life events.

“These difficulties that we go through, we think they are in the way. They become obstacles. But really, we have to let in a very real possibility that they are the way, they’re not in the way, and what the actual practice helps us do is turn toward what we’ve been avoiding.”

Ferraro is a practitioner of Vipassana meditation and leads private and group sessions. He works with both adults and youth. However, he is committed mostly to helping recovering addicts and the incarcerated population. He says it’s because of the personal connection he has with them.

“So when I’m with these people that are on the edge of their bottom, I know they’re going through some really intense process, whether it’s gang life, or addiction, or death in their family, or their own anxiety or depression. I try to meet them in that place that they’re at and assure them that nothing is wrong. We have a way that we orient toward the difficulties in our life like they are something to be pushed out of existence. But the path of practice is, like, am I willing to meet with the heart qualities?”

Ferraro’s says his desire is to make a difference by sharing his story and using a mindfulness and social-emotional learning approach.

“The practice helps me in so many ways. I felt alone in the world, and now I feel like in some ways I belong to the world and that my gift of this world is my heart. So when they hear about my history, that puts them at ease. And there’s a transmission that happens, and they feel like ‘if this dude could do it, maybe I could do it.’ “