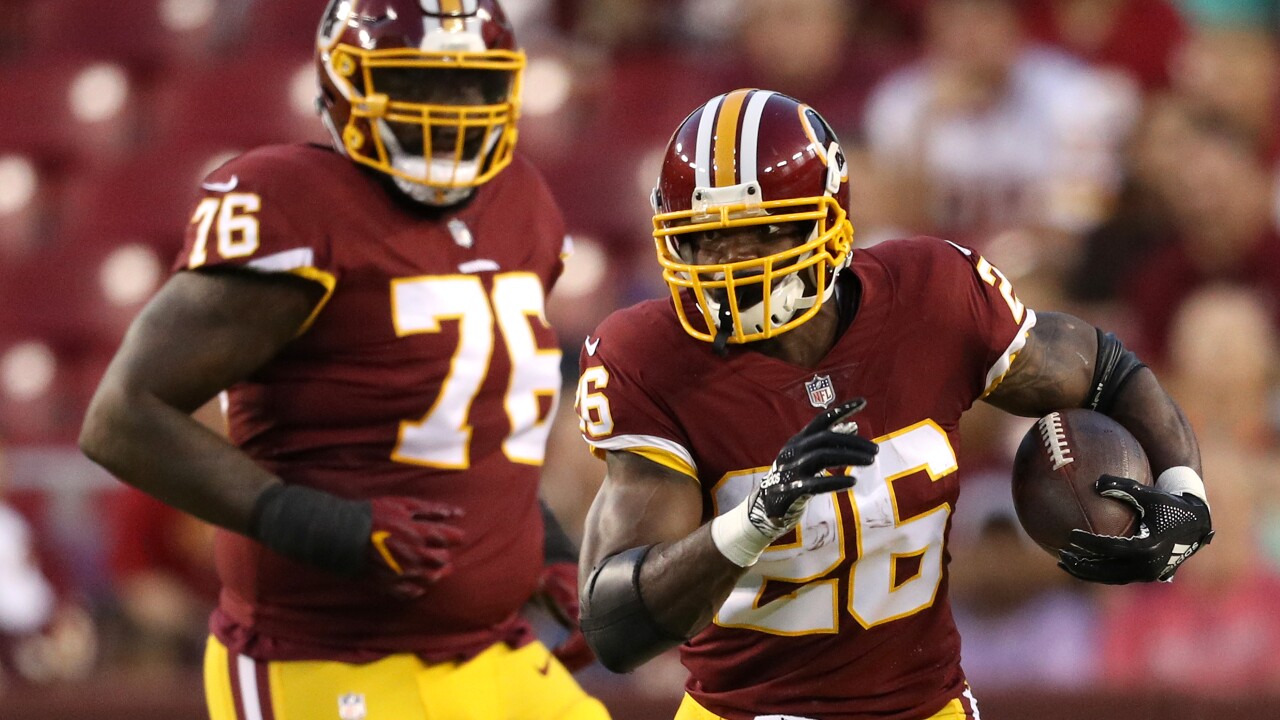 LOUDOUN COUNTY, Va. – It’s unofficially officially game week in the NFL. How do we know? The Redskins’ first unofficial depth chart has been released.

Despite being signed after the end of training camp and appearing in just one preseason game, Adrian Peterson is listed as Washington’s starting running back vs. Arizona – Peterson’s former team.

Danny Johnson and Greg Stroman, a pair of rookies, are the top two kick returners on the depth chart, while veteran Jamison Crowder continues to be listed as the team’s top punt returner.

In a surprise to nobody: Adrian Peterson is listed as the #Redskins' starting running back for Sunday's season opener at Arizona – his former team.#HTTR #NFL #WASvsAZhttps://t.co/bcg345ppnk pic.twitter.com/dxzOZZnmTX