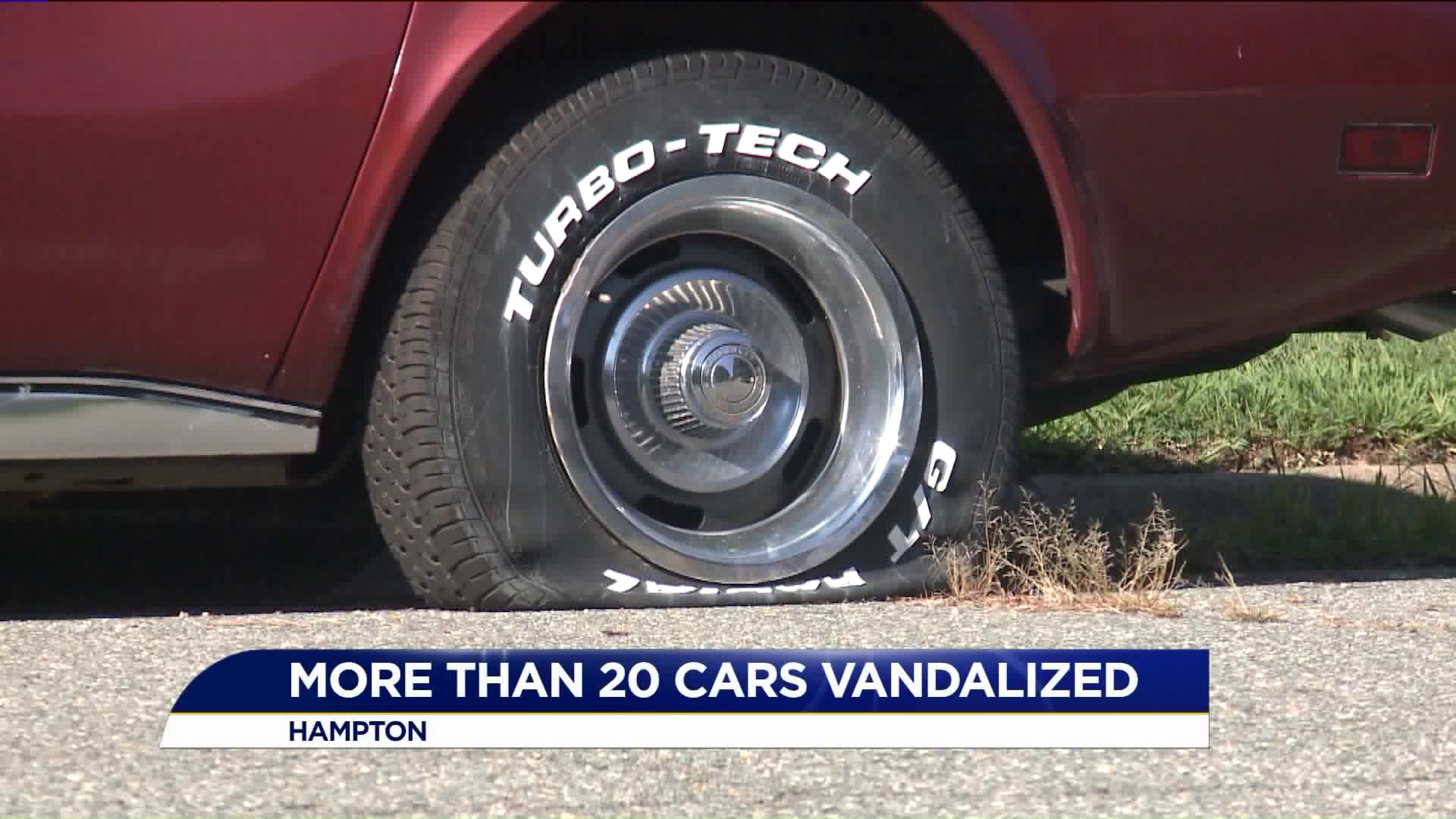 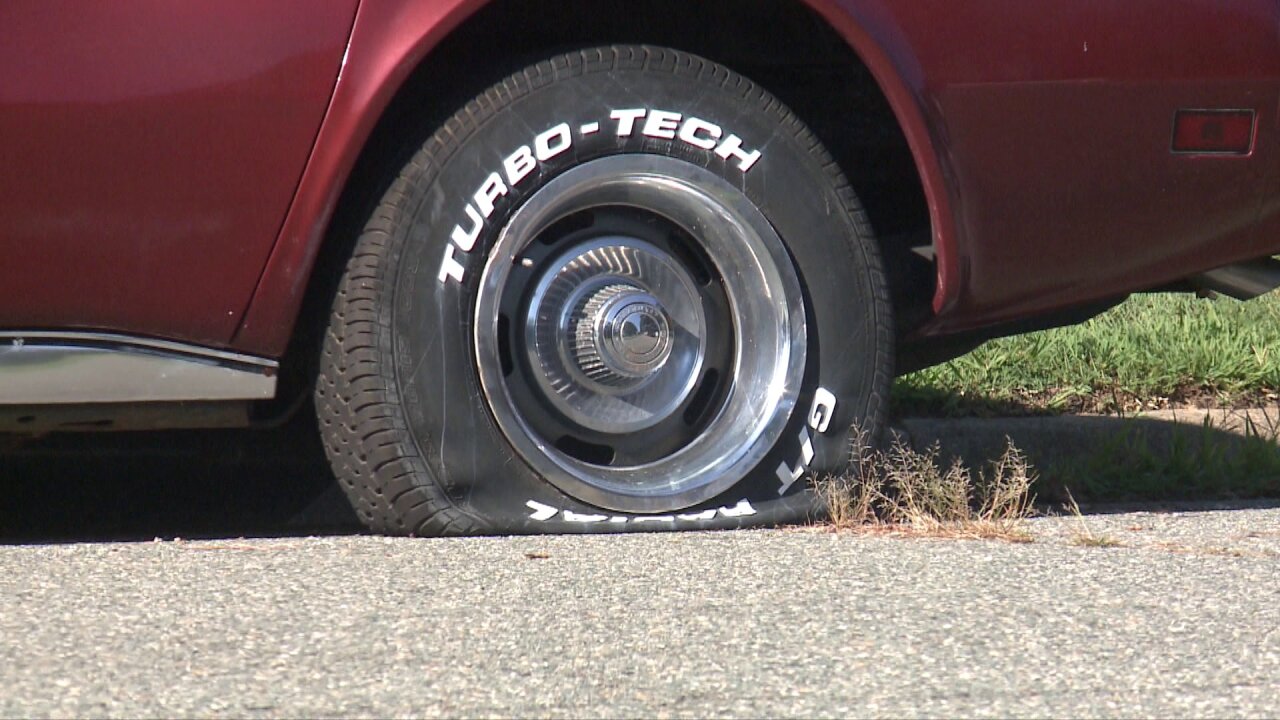 HAMPTON, Va. - A small slit to a tire has caused a major headache for one family who says they now have to pay out of pocket to fix the damage done. Unfortunately, they’re not the only ones who have to do the same.

“The tire is not fixable. We have to replace it. The insurance isn’t going to cover it because it’s going to be less than our deductible. It’s still going to be a couple of hundred dollars out of pocket; we’re not prepared to pay for it," says Pam Roberts.

Police say more than 20 cars were vandalized between September 3 and 4 in the Colonial Acres and Buckroe sections of the City of Hampton.

Residents of the area and victims of the crime say they remember it being a typical morning when they noticed something was a little off.

Police say the investigation revealed that the suspect used an unknown bladed object to slash the tires on the parked cars in the area.

It’s a nuisance that’s becoming rather tiresome if you ask neighbors in the area. Unfortunately, this is not the first time they’ve had to deal with something like this.

“A couple of years before that we had some gang symbols written on walls, on our neighbor's car and all through the streets. Then, they smashed in some windows in our cars," says Roberts.