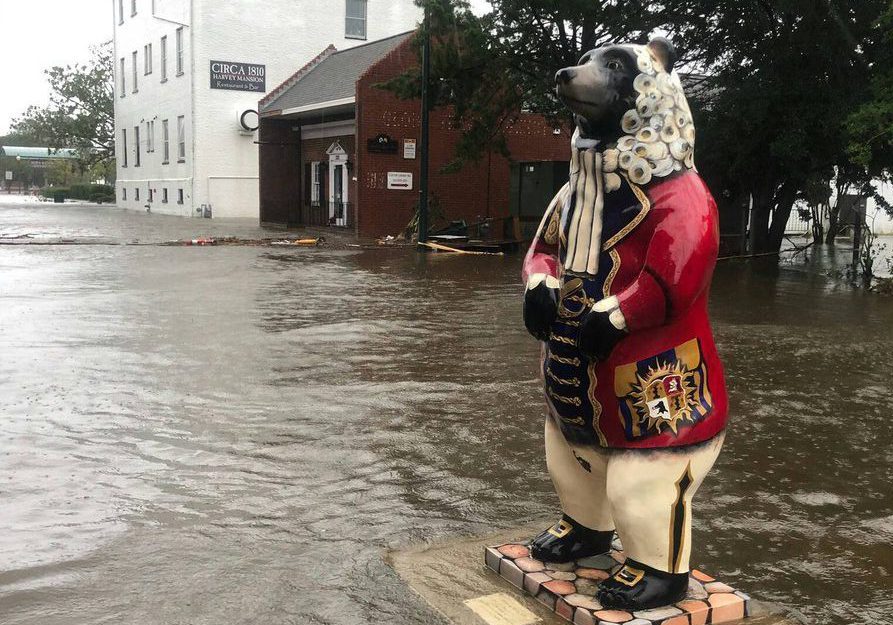 The deadly Tropical Storm Florence is so ferocious, it’s uprooting everything, even tightly-bolted historic statues.

In New Bern, North Carolina, one of the cities hardest-hit by the storm that made landfall Friday as a Category 1 hurricane, a beloved bear statue and its thick pedestal were uprooted and washed away.

“Some of our beloved bears have wandered away,” city officials tweeted next to a picture of the statue. “These statues, which New Bern is known for, are extremely heavy & bolted down at sponsoring businesses. This one ended up in the middle of S. Front St!”

The bear is surrounded by water, but its colonial-era coat, breeches and buckled shoes remain intact.

The Florence center is crawling inland over South Carolina, but its main rain bands are hitting already-saturated North Carolina — setting up what may be days of flooding for some communities.

New Bern, which has a population of about 30,000, was once the capital of the state’s colonial government . It’s also the birthplace of Pepsi — invented at a pharmacy in the city in 1898.