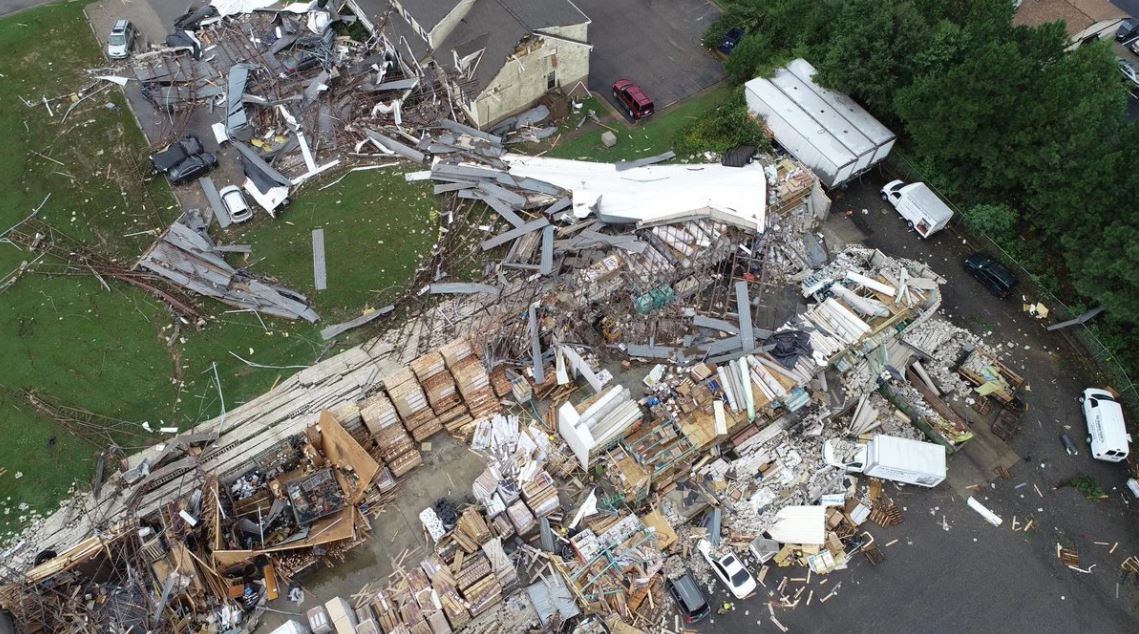 WAKEFIELD, Va. — The National Weather Service is reporting that nine tornadoes formed in Virginia on Monday from 3:38 p.m. to 3:56 p.m. The NWS Wakefield outlet reported the findings via Twitter Wednesday morning.

According to NWS Wakefield, the strongest of the nine tornadoes was the one that hit Chesterfield County as an EF-2. This tornado reportedly had winds up to 125 mph.

One death was the result of the Chesterfield County tornado, plus large-scale damage in parts of the area.

Virginia officials say the death from the tornado is being classified as a death caused by Hurricane Florence, because the low-pressure system that was still a post-tropical cyclone at the time, was the same system that caused the forming of the nine tornadoes on Monday as the storm headed north through central and western Virginia.