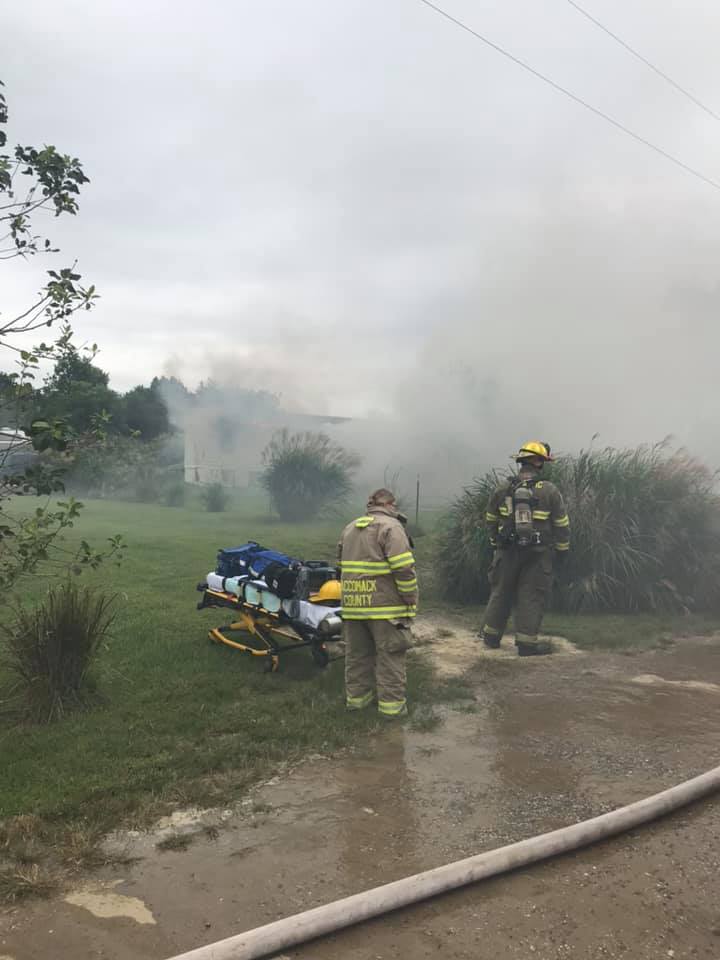 Firefighters responded to the scene shortly before 11:30 a.m., arriving to find heavy fire at the single-story home.

Crews made an initial attack with a 1 3/4 line; the next arriving engine crew stretched the second attack line before firefighters entered the house.

The fire was quickly brought under control, and units stayed at the scene for an extended overhaul.

The Red Cross was called to assist the home’s residents.

The companies that were alerted to the fire on the initial dispatch included: Stations 6 (Bloxom), 7 (Parksley), 4 (Atlantic), 5 (Saxis) and 1 (New Church). Station 8 (Tasley) was added for tanker response. Chief 6 (Bagwell) was the first engine to arrive.