NORFOLK, Va. - An elderly woman is in the hospital after a house fire in the 2300 block of Maltby Avenue Friday afternoon.

Units with Norfolk Fire-Rescue were dispatched at 1:24 p.m. after a call from neighbors who reported they heard popping noises coming from the affected home. Units arrived to find heavy smoke coming from all sides of the home.

The initial arriving company was advised that the elderly woman was in a bedroom in the back of the house. She was unresponsive and not breathing when firefighters found her.

Crews were able to enter the home and make an effective rescue due to adequately-staffed units and cross-trained personnel. 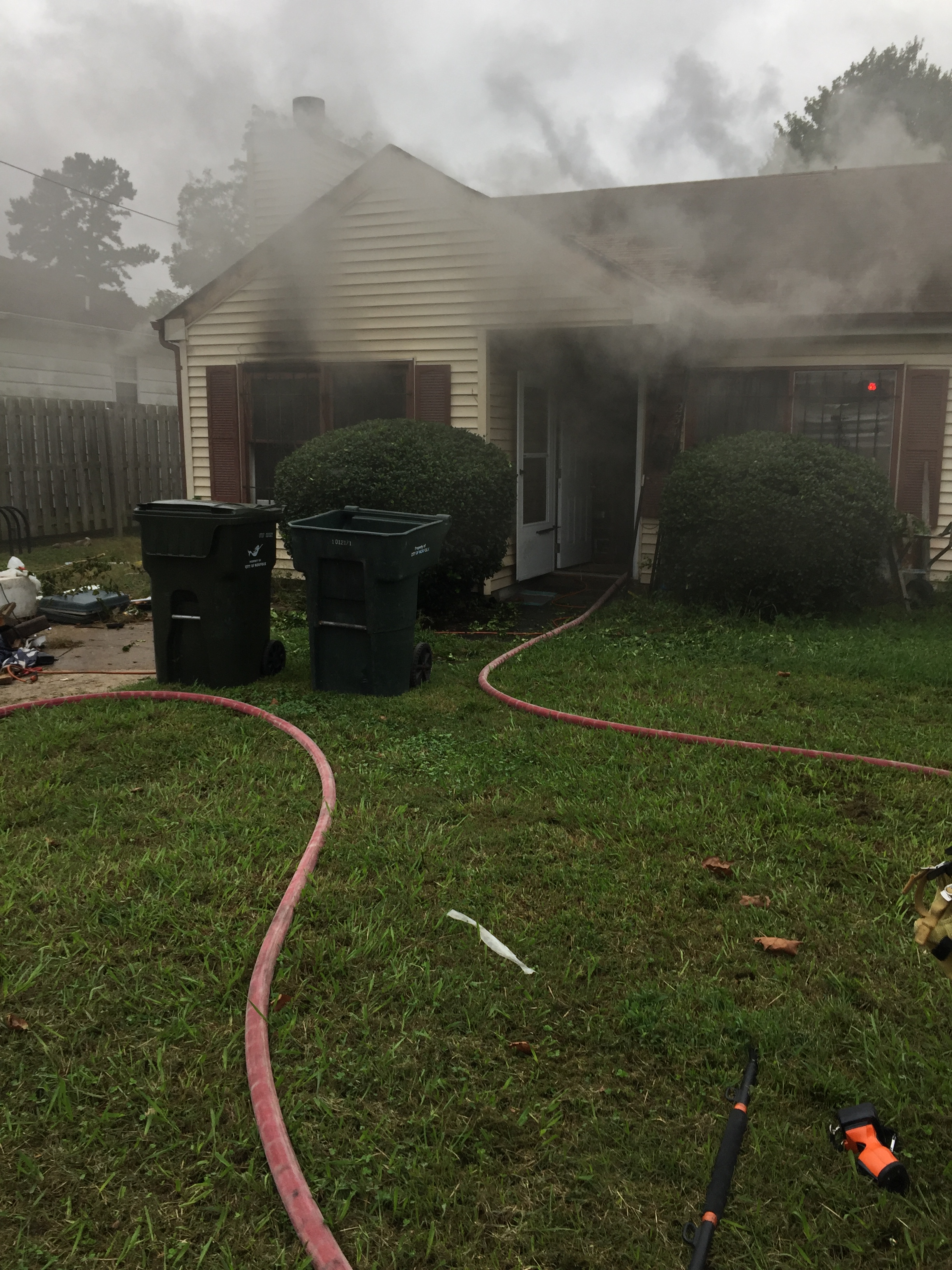 "We took the back roads to get back to my house, so as we're taking the back road I'm cautiously looking over and I see a fire department truck, then I see more police and I see more squad cars," said neighbor Jevon Barner. "I'm just looking like, man something isn't right."

The fire was brought under control at 1:58 p.m.

The victim was treated with advanced life support measures and was given medications for smoke inhalation. She was taken to Sentara Norfolk General Hospital by ambulance as a critical patient and was turned over to emergency room staff.

People who know the elderly woman said she remains in the hospital.

"She didn't deserve that; she was a nice lady," added Barner. "Every time I come outside she'll speak, I speak and I say, 'Hey.' I don't know too much about her, but when I see her she always speaks. She's always happy."

"We hope she does well, gets better. Prayers up to her and her family," said Ron Savory.

No firefighters were injured during the fire. At least two adults were displaced.