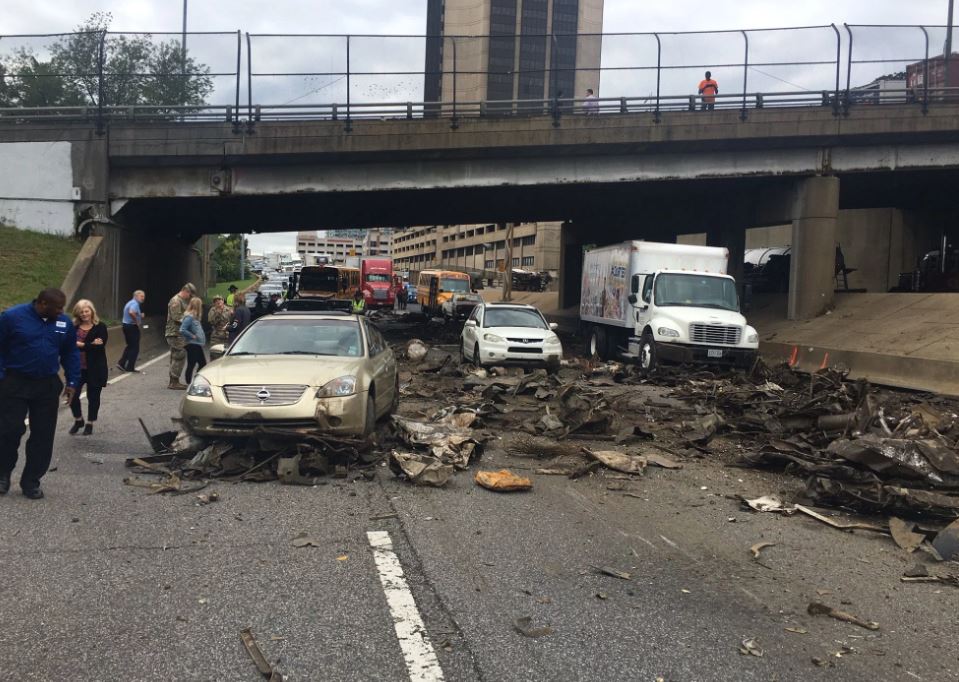 RICHMOND, Va. – Interstate 95 in downtown Richmond was shutdown in both directions Friday morning after a tractor trailer spilled its load across lanes of travel, according to Virginia State Police.

The preliminary investigation revealed that the driver of a tractor trailer hauling scrap metal was traveling southbound when he veered to the left, hitting the jersey wall, and then overturning, CBS 6 reported.

Scrap metal was sent flying into both the northbound and southbound lanes of the interstate. Traffic backed up for miles as crews worked to clean up the spill.

VDOT reports that approximately 6-9 vehicles sustained damage from the debri that was lost from the tractor.  All of those vehicles were located on the northbound side of the interstate.

The driver of the tractor has been transported to the hospital for treatment of minor injuries.