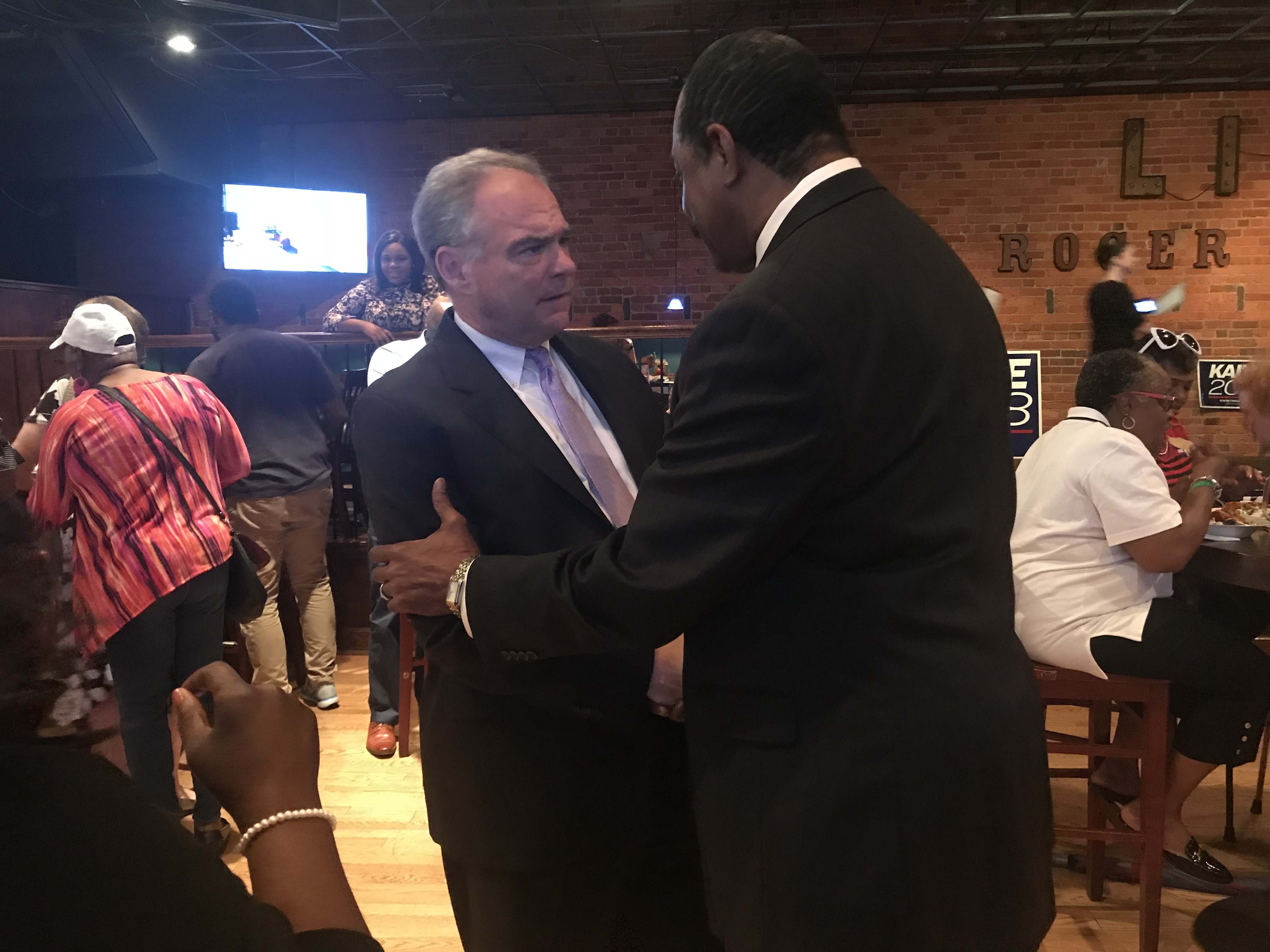 Kaine addressed how the race is shaping up so far, mentioning that he wanted to meet people and stress the importance of the elections, which are just 29 days away.

“My motto: ‘A Virginia that works for all.’ His motto: ‘Take back Virginia,'” Kaine said, comparing his campaign to that of his opponent, Corey Stewart. “Mine is about getting together, working for everyone and his is about going backwards. I have represented my city, Commonwealth and country for 24 years now. I don’t meet a lot of Virginians who want to go backwards.”

Education, jobs and health care are just a few of the issues the senator addressed during the event.

Kaine said he specifically wanted to visit Portsmouth because it’s a historic city. He added that he wanted to do more grassroots campaigning in the city as well as in Chesapeake Tuesday.

Hampton Roads is the second-largest metropolitan area in the state, which is why he made the rounds here.