At least one person is dead and hundreds of thousands of homes are without power after Hurricane Michael made landfall on the Florida Panhandle Wednesday afternoon with 155 mph winds.

Michael began dashing homes into pieces and flooding neighborhoods shortly after crossing near Mexico Beach as a Category 4 storm. It was the strongest storm to hit the continental US since Hurricane Andrew in 1992.

Now a Category 1 storm with winds up to 90 mph, the storm is moving into extreme southeastern Alabama and southwest Georgia, bringing life-threatening storm surge and catastrophic winds. 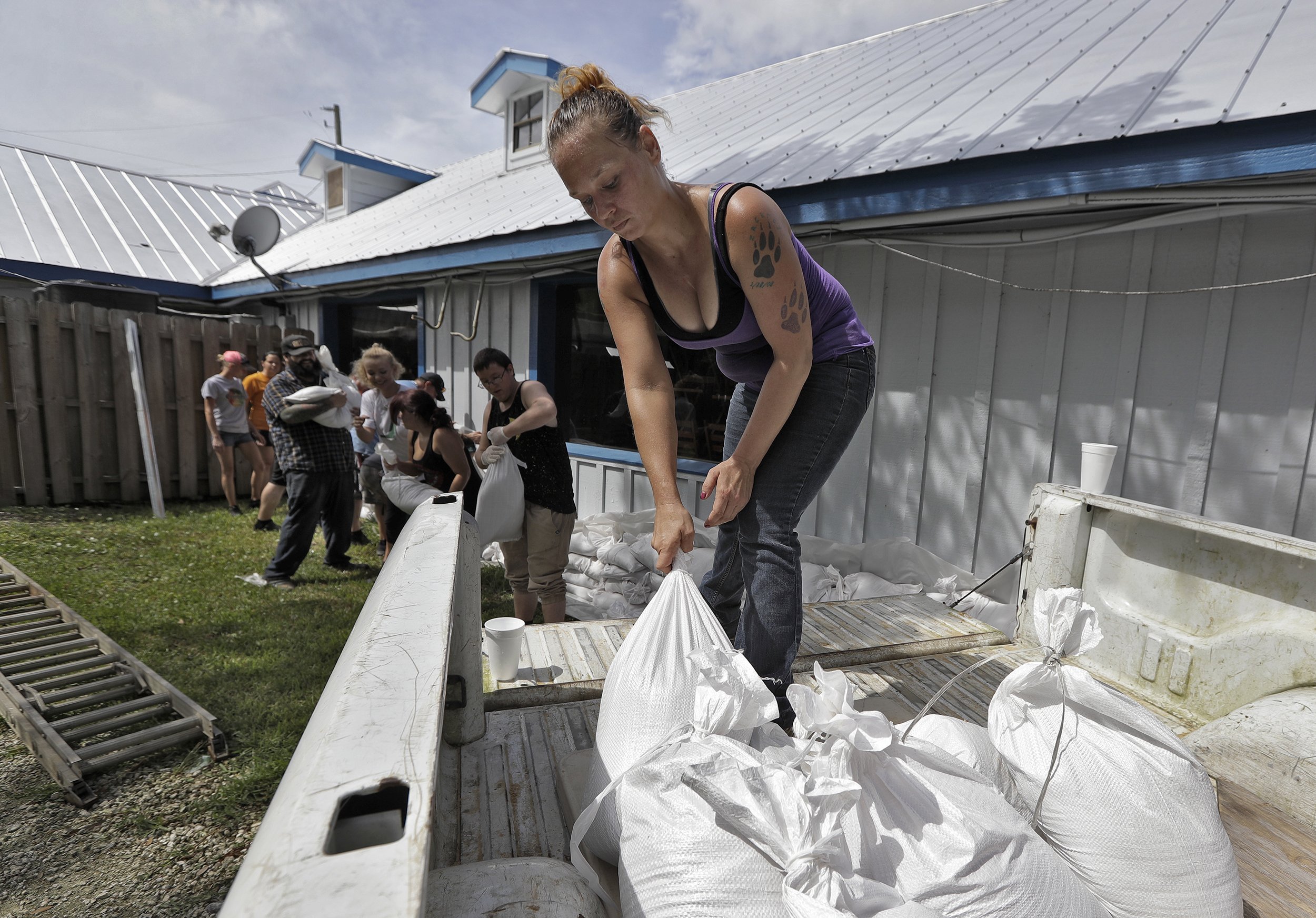 • A man died after a tree fell on a home near Greensboro, Florida, the Gadsden County Sheriff’s Office said.

• More than 490,402 customers are without power in Alabama, Georgia and Florida.

• A tornado watch is in effect for much of northern Florida and south and central Georgia until 2 a.m. ET Thursday.

• Arrests have been made after reports of looting in Bay County, Florida, Congressman Neal Dunn said.

Mexico Beach resident Patricia Mulligan compared the sea of debris to what she witnessed in 1992 when Andrew hit. And she estimated that it would take the same amount of time to fix the damage — possibly months or even a year.

As the Category 4 storm’s center crossed nearby, Mulligan said, the concrete building shook and vibrated against sustained winds around 155 mph. Water seeped into her fourth floor apartment When she dared to look outside, water levels were grazing the fronds of tall palm trees on the beach. Homes were swallowed in storm surge. Soon enough, Mexico Beach’s emerald waters and white sugar-sand beaches were covered in a dark sea of splintered debris, she said.

“This is total devastation,” she told CNN. “We didn’t think it was going to be this bad.”

After making landfall near Mexico Beach around 2 p.m. ET, the eye of Michael moved inland over the Florida Panhandle east of Panama City.

Wind gusts blew out windows in homes and office buildings, including the First Federal Bank.

Images and video from the area showed stores and entire shopping centers that were turned into piles of rubble.

Medical Sacred Heart lost its windows and sustained damage to its roof and exterior walls. The hospital said it is running off of generators and patients have been moved to safe areas of the facility.

Other buildings were stripped of their walls and roofs or ripped apart by downed trees and power lines.

As winds subsided in Panama City, resident Reid Garrett said his concerns shifted to flooding outside his apartment complex, which surrounded by downed trees.

Across the bay in Panama City Beach, a resort city on the Gulf of Mexico known for its white-sand beach and amusement parks, winds of about 100 mph furiously whipped the trees in the early afternoon and pulled apart homes.

Rain just one of several threats

A hurricane warning remains in place from the Alabama-Florida border to the Suwannee River in Florida.

Up to 12 inches of rain could fall in Florida’s Panhandle and Big Bend areas, as well as southeastern Alabama and southern Georgia.

Some parts of the Carolinas and southern Virginia, recently deluged by Hurricane Florence, could see up to 6 inches, the hurricane center said.

Michael’s strength may reflect the effect of climate change on storms. The planet has warmed significantly over the past several decades, causing changes in the environment.

Human-caused greenhouse gases in the atmosphere create an energy imbalance, with more than 90% of remaining heat trapped by the gases going into the oceans, according to the National Oceanographic and Atmospheric Association. There’s evidence of higher sea surface temperature and atmospheric moisture, experts say.

While we might not get more storms in a warmer climate, most studies show storms will get stronger and produce more rain. Storm surge is worse now than it was 100 years ago, thanks to the rise in sea levels.

According to Climate Central, a scientific research organization, the coming decades are expected to bring hurricanes that intensify more rapidly, should there be no change in the rate of greenhouse gas emissions.