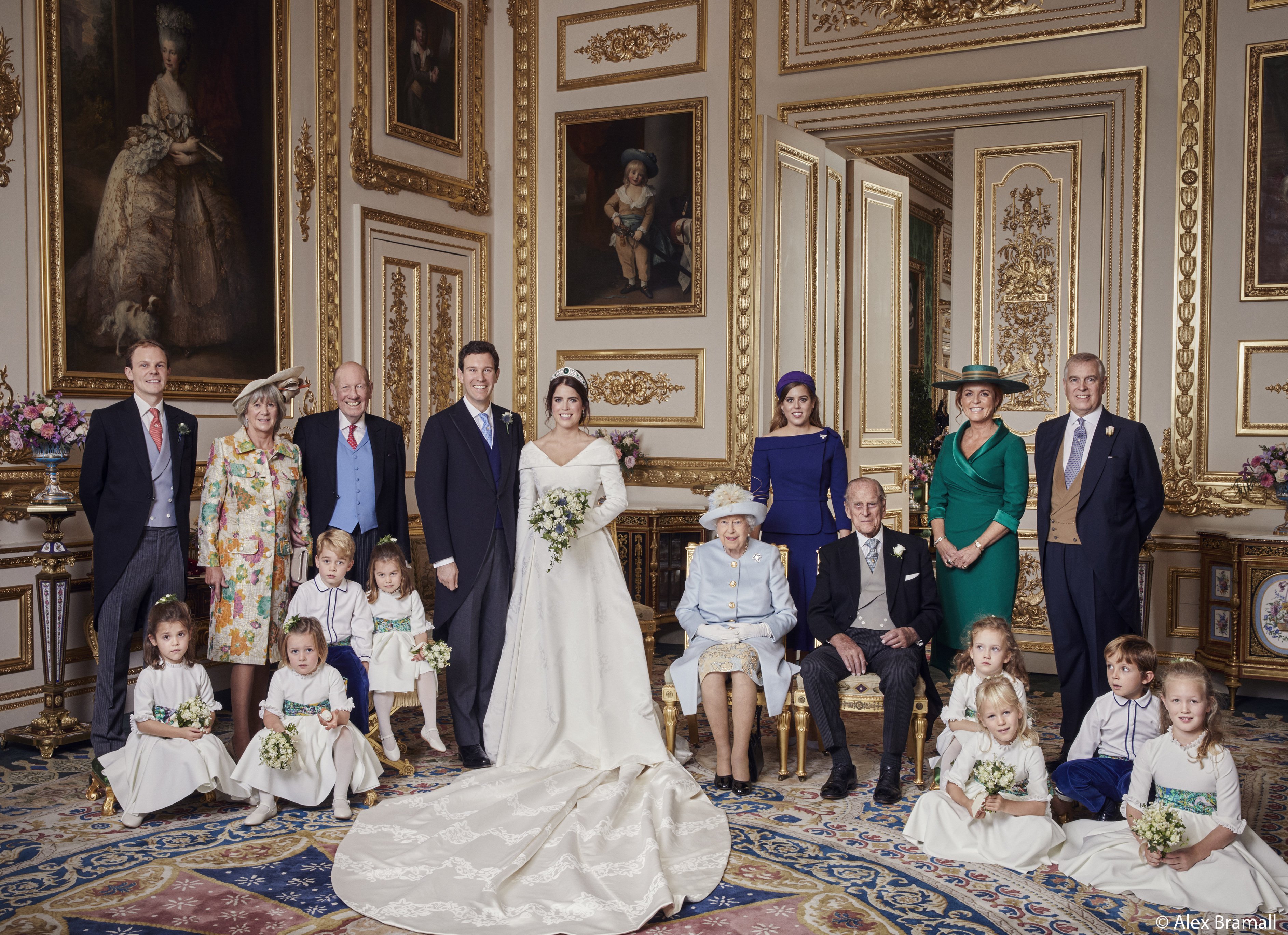 A day after their wedding at Windsor Castle, Britain’s Princess Eugenie and Jack Brooksbank released four official photographs of the occasion, including portraits with the Queen and other royal family members.

The longtime couple wed Friday in a ceremony at St. George’s Chapel, where Eugenie’s cousin, Prince Harry, married Meghan Markle in May.

Two portraits were taken in the White Drawing Room of Windsor Castle. In one, Queen Elizabeth sits smiling next to Eugenie, who is her granddaughter. Next to the Queen is her husband, Prince Philip.

Behind the Queen stands Eugenie’s sister, Princess Beatrice, and the princesses’ parents, Prince Andrew and Sarah, Duchess of York.

Brooksbank stands with his parents and brother.

Two page boys and six young bridesmaids appear in both portraits. They include Prince George and Princess Charlotte, the children of Eugenie’s cousin, Prince William, and Kate, Duchess of Cambridge.

Eugenie and her husband went on a carriage procession through Windsor following the ceremony, though the route was much shorter than the one taken by Harry and Meghan.

One of the photographs released Saturday shows the couple sharing a kiss in the Scottish State Coach as it returns to Windsor Castle at the end of the procession.

Eugenie still holds her bouquet in the black-and-white image, with a glimpse of a footman at the back of the coach.

The final image shows the couple at Royal Lodge, the York family home in Windsor, ahead of the private dinner Friday evening.

Brooksbank wears a tuxedo and Eugenie wears a silk gown designed by Zac Posen in a muted pink that the royal family said “reflects the blush of an English rose.”

The princess wears diamond and emerald earrings, which were a gift from her husband.

She also wears in her hair a clasp borrowed from the Queen. It was originally a brooch commissioned in 1830 and passed down to Queen Victoria in 1837, and then to Queen Elizabeth in 1952.

The 28-year-old Eugenie met her husband eight years ago on a ski trip in the Swiss Alps. Brooksbank, who works as a brand ambassador for Casamigos tequila, proposed to Eugenie, an art gallery director, last winter.