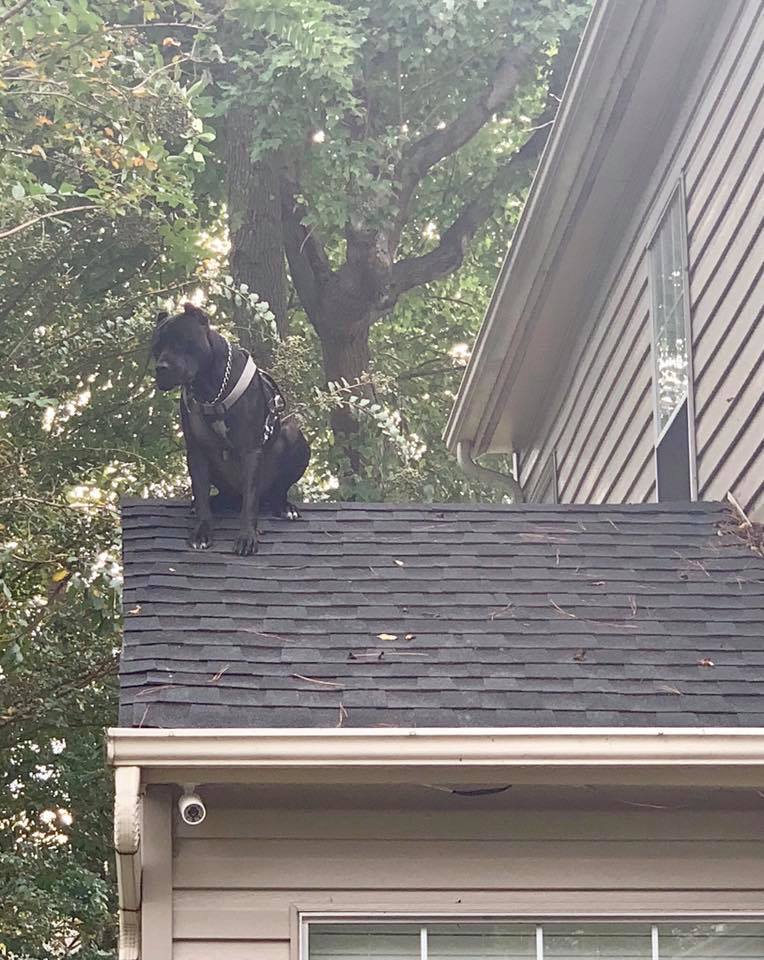 YORK CO., Va. – It was a pretty “ruff” day for this York County pooch.

On Sunday, the York-Poquoson Sheriff’s Office posted a photo of a dog on the roof of a local home.

“So we got a unique call today….” YPSO captioned the photo.

How did he get up there?

According to some replies to curious citizens, the sheriff’s office said the dog, named Zeus, was rescued from Hurricane Florence and has escaped the house twice while he is still trying to get used to his new home.

They say the homeowners safely coaxed the dog back inside after he escaped through the window.

Zeus’ owner, Tamara Swift, told News 3 her husband Tony rescued the dog from a shelter in Georgia when the family evacuated ahead of Florence. Tony adopted Zeus and their daughters Haley and Morgan “helped seal the deal.”

She said Zeus’ “escaping skills were unknown until now.”

Swift said they were without power for a couple of days and opened the windows partially for air; that’s when Zeus got the idea to escape.

Zeus is described as a “very sweet, loving, excellent walker” who has picked up the ability to follow a few commands. Swift said the family is still getting familiar with the “Gentle Giant’s” personality.