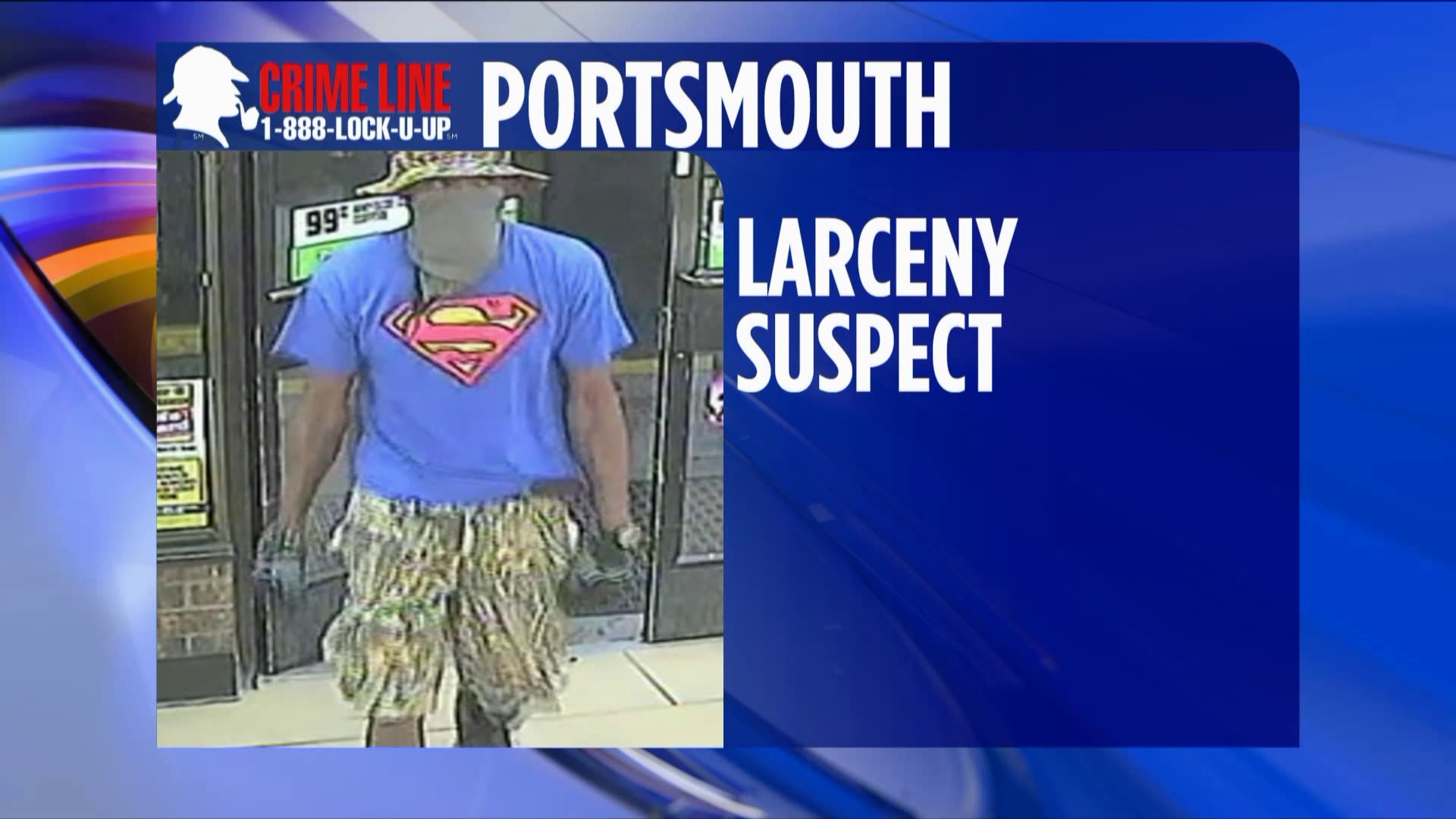 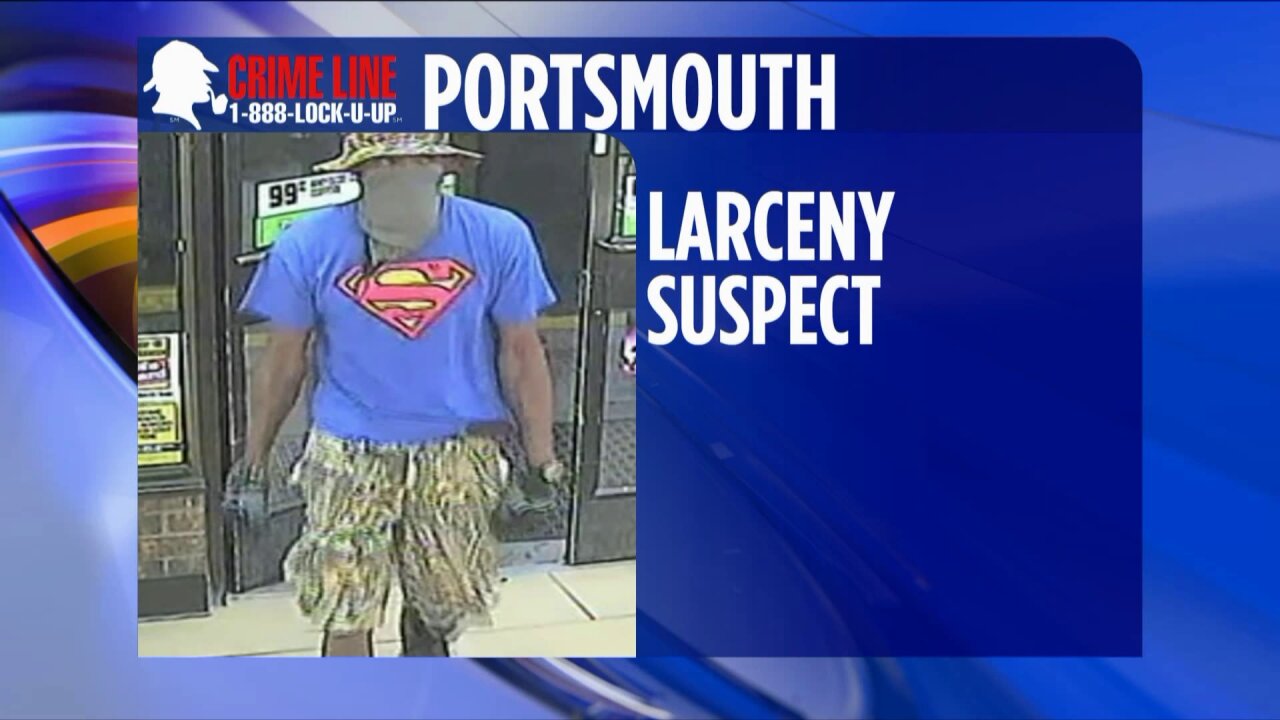 PORTSMOUTH, Va. - Police in Portsmouth are trying to identify the man who they say stole money from two 7-Elevens.

The first incident happened on August 27, 2018 around 1:30 a.m. at the location on George Washington Hwy near Elm Ave.

Surveillance video shows a man walk into the store and grab the cash drawer from behind the counter while the clerks were at the other end of the store.

He walks back out with it just seconds later.

Police say this same guy went about a mile and a half down the road and did the same thing at the 7-Eleven at George Washington Hwy and Victory Blvd.

His face is covered, but he's dressed in a blue Superman t-shirt, camo shorts and camo hat.

If you know who he is or have any information about this case, you can report your tip to Crime Line.

There are three ways you can submit a tip.