ATLANTIC OCEAN - The USNS Comfort, underway to Central and South America, conducted a mass casualty training exercise at sea over the weekend.

The drill was in preparation for visiting medical sites in Central and South America. It tested the crew, including doctors, nurses, and other medical personnel, in mass casualty triage, care, and first-aid.

“A mass casualty event, by nature, is chaotic,” said Lieutenant Jessie Paull, a general surgery resident embarked on Comfort, in a Navy news release. “Being able to practice, it gets your nerves under control.”

The training exercise started on the flight deck of the Comfort and continued down to the casualty receiving area.

“This is exactly what I would hope to see coming from a group of professionals on, essentially, day three of our mission,” said Captain William Shafley, commander, Task Force 49.

The Comfort deployed from Norfolk on Wednesday for Enduring Promise. The 11-week medical support mission will include stops in Ecuador, Peru, Colombia, and Honduras. 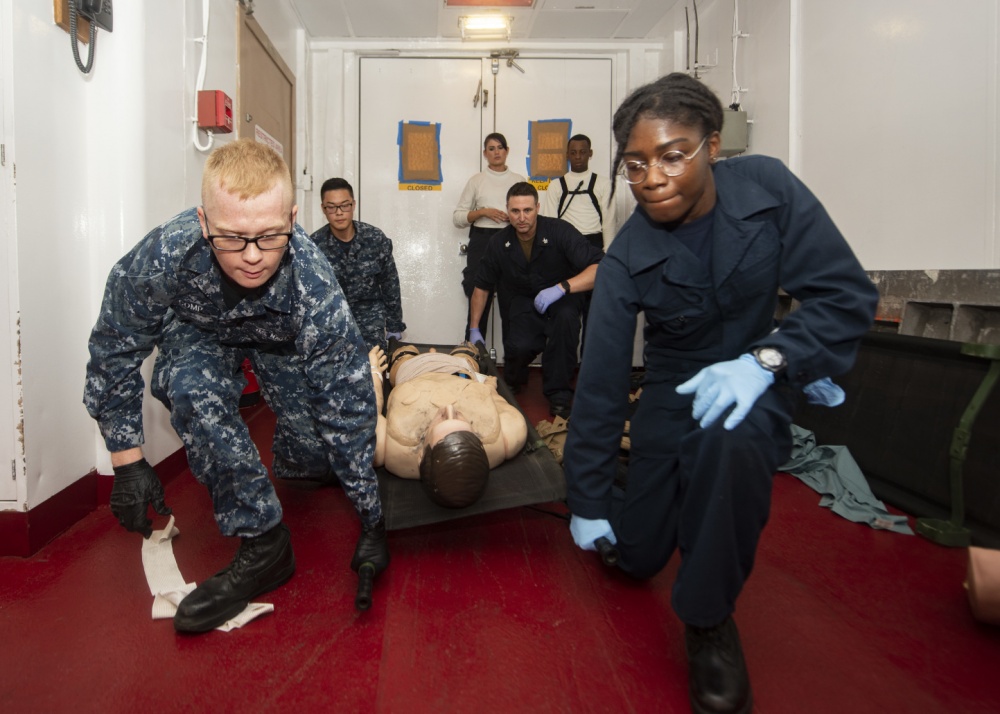