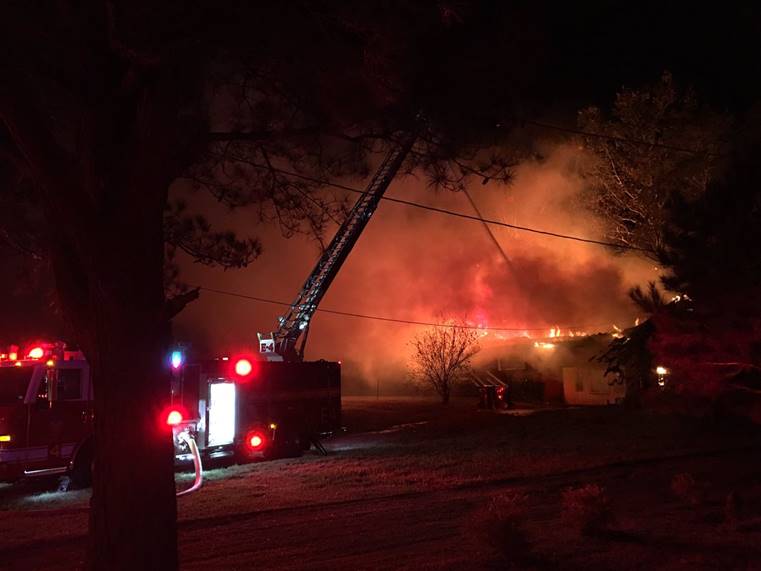 CHESAPEAKE, Va. – Firefighters were called to the scene of a house fire in the 1600 block of Dock Landing Road at 2:34 a.m. on Sunday.

They arrived eight minutes later and found a two-story home engulfed in flames.

Crews from Chesapeake and Suffolk Fire Departments worked to extinguish the blaze, which was called under control at 4:20 a.m.

There were no reported injuries. Chesapeake Fire Marshals were called to the scene to investigate.

There is no word yet on if the two fires are related.