Dak Prescott of the Dallas Cowboys throws a pass while under pressure. (Photo by Joe Robbins/Getty Images)

LANDOVER, Md. – According to the Pro Football Hall of Fame, the Washington Redskins/Dallas Cowboys rivalry is, “not about wins and losses, it is about a cultural pride that both teams represent that has captured the heart of the nation who only wishes that they had a rivalry with so much meaning.” Sunday, the nation was watching, as Washington hosted Dallas in CBS’s high-profile afternoon telecast window, broadcast to roughly 80 percent of the country.

A massive audience saw the Redskins snap a four-game losing streak to their NFC East division rival with a 20-17 victory vs. the Cowboys at FedEx Field. With the win, Washington increases its lead in the NFC East.

Kapri Bibbs of the Washington Redskins runs into the end zone. (Photo by Joe Robbins/Getty Images)

Dallas Pro Bowl running back Ezekiel Elliott was held to just 34 rushing yards on 15 carries. The Cowboys converted just five of 14 third down attempts for the game.

The Redskins started the scoring with a game-opening touchdown drive, capped by an Alex Smith to Kapri Bibbs 23 yard TD pass. With Washington clinging to a 13-10 fourth quarter lead, linebacker Preston Smith scored his first career touchdown when teammate Ryan Kerrigan forced a fumble by Cowboys quarterback Dak Prescott on one of Washington’s four sacks on the game. The defensive TD increased the Redskins lead to 20-10.

Prescott pulled the Cowboys to within 20-17 as he scored on a one-yard rush with 1:37 left in the game. Dallas kicker Brett Maher missed a would-be game-tying 52 yard field goal as time expired to seal the win for Washington. The attempt would have come from 47 yards, however an offensive penalty was called on the Cowboys’ long snapper – penalizing Dallas five yards.

Brett Maher of the Dallas Cowboys misses a field goal as time expires. (Photo by Will Newton/Getty Images)

Because the Eagles blew a 17-0 fourth quarter lead at home to the Panthers and lost to Carolina, the winner of the Cowboys/Redskins game was guaranteed to leave FedEx Field with sole possession of first place in the NFC East division.

The Cowboys entered Sunday’s game riding a four-game win streak vs. the Redskins, having won every game vs. Washington at FedEx Field since 2012.

.@Redskins win vs the @dallascowboys snapped a 4-game losing streak in the series.

This was the 1st game the Redskins won vs the Cowboys by 3 points or less since Week 8, 2014.#DALvsWAS #HTTR 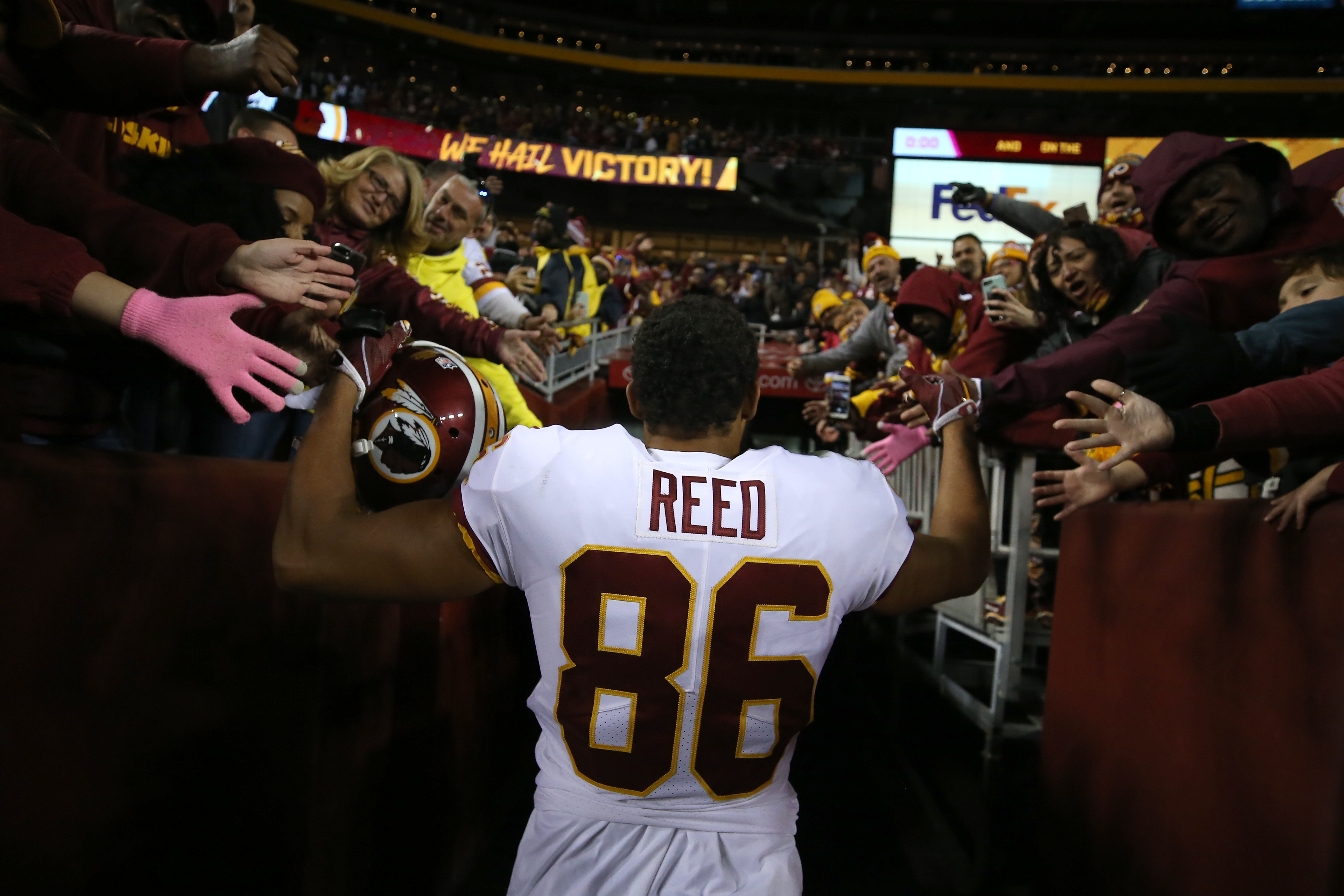