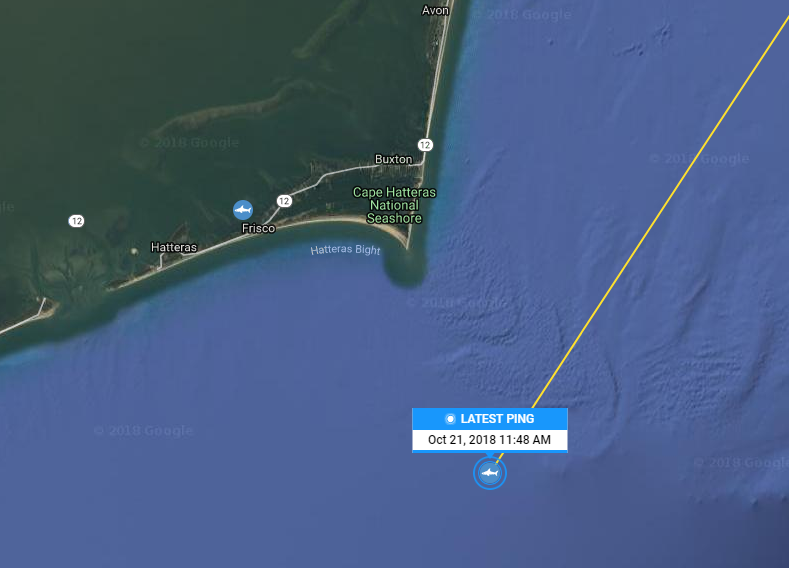 HATTERAS, N.C. – Ocearch, a data-centric organization that is built to help scientists to collect previously unattainable data in the ocean, has tagged over 300 animals.

On October 5, Ocearch tagged Jefferson the shark off Hirtle’s Beach in Nova Scotia.

Sunday morning at 11:48 a.m., Jefferson pinged right off the coast of Hatteras.

According to Ocearch, Jefferson is named after Jefferson’s Bourbon, whose commitment to their mission over the years has funded Ocearch expedition to tag sharks in countries around the world.