VIRGINIA BEACH, Va. - Firefighters have responded to a fire in the 5800 block of Goolagong Drive in Virginia Beach Friday morning.

According to Virginia Beach Fire Department officials, local dispatch received a call about the fire around 7:30 a.m.

The fire was knocked down and declared under control at 7:47 a.m., but not before inflicting heavy damage to the entire second story of the home. Much of the rear side of the house was badly burned.

No one was home when the fire broke out, and there were no injuries to firefighters of civilians.

This same house previously burned down on January 1, 2018, making this the second fire at the home in a year.

Fire officials said the home was being renovated, and the owner came to the scene Friday morning.

Although the exact cause of the fire was undetermined in January, fire investigators have determined that this fire was intentionally set. 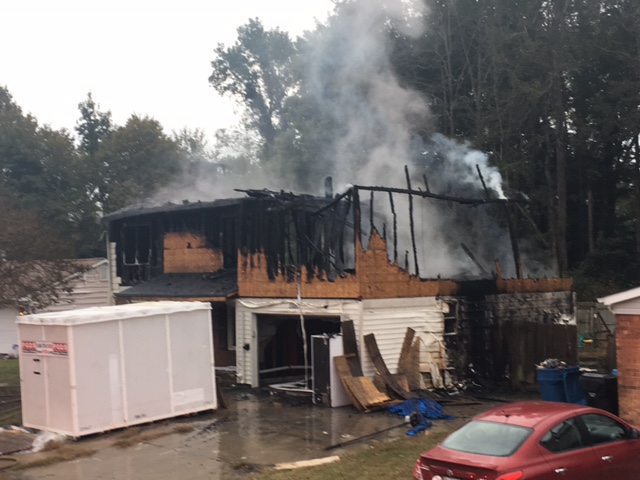