Man charged with setting his Virginia Beach house on fire, displacing his wife and four children

VIRGINIA BEACH, Va. - Investigators with the Virginia Beach Fire Department have charged a man with arson in connection to an early Tuesday morning house fire that displaced the family of six.

Authorities say 37-year-old Shannon Cason turned himself in around 6:30 a.m. He claimed to have been the one who started the fire.

Firefighters responded to the fire at a multi-family living facility in the 1900 block of Mill Creek Drive shortly after midnight. The fire caused extensive damage to the home, and huge flames burned a large hole through the roof.

Neighbors told News 3 Cason rented the home with his wife and there are four children who live there.

No one was injured in the fire, which was believed to have been intentionally set.

Cason is being held at the Virginia Beach City Jail.

Repairs were being made to the house on Wednesday as Pratte Construction assessed the damage. News 3 learned the couple did not have renters insurance.

Cason appeared in court and was appointed a public defender. He told the judge he plans to hire a private lawyer but that will likely not happen before his bond hearing, which is set for Friday morning.

The judge scheduled a preliminary hearing for Cason on January 3. His wife was in court as her husband appeared during video arraignment, but she did not want to comment to News 3 about the charge her husband faces. 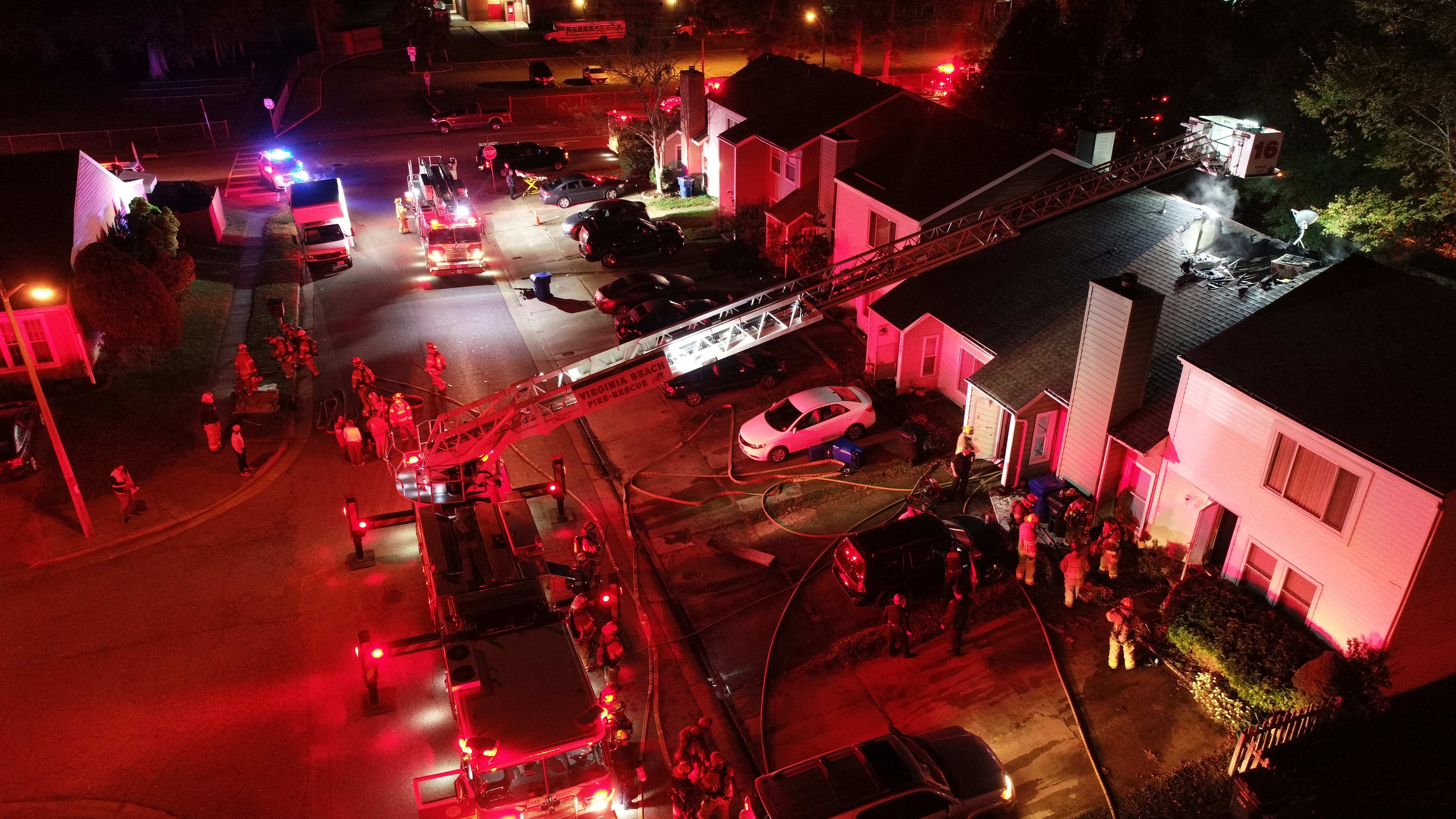