An officer or team from each city was recognized, with one officer then chosen as the overall Top Cop for Hampton Roads.

He responded to a number of high-profile cases in 2017.

In December 2017, Stolle swam through frigid water to rescue a man who had been in a car that crashed.  After getting the man to land, Stolle even dove back into the water to make sure no one was trapped in the car, which was submerged 10 to 12 feet at that point.

In another case, Stolle was on scene when an officer was shot while serving a search warrant.  He grabbed his medical bag and helped apply bandages until medics could get there.   He also took on the role of rescuer in another incident where there was a stabbing victim.

Stolle is quick to tell you he wasn't working alone at any of these scenes, but Sgt. Daniel Wolski, who nominated him, says it's not chance that Stolle finds himself in these life-saving situations.

"He goes above and beyond every single day," Wolski told News 3. "His actions directly result in making this community a safer one." 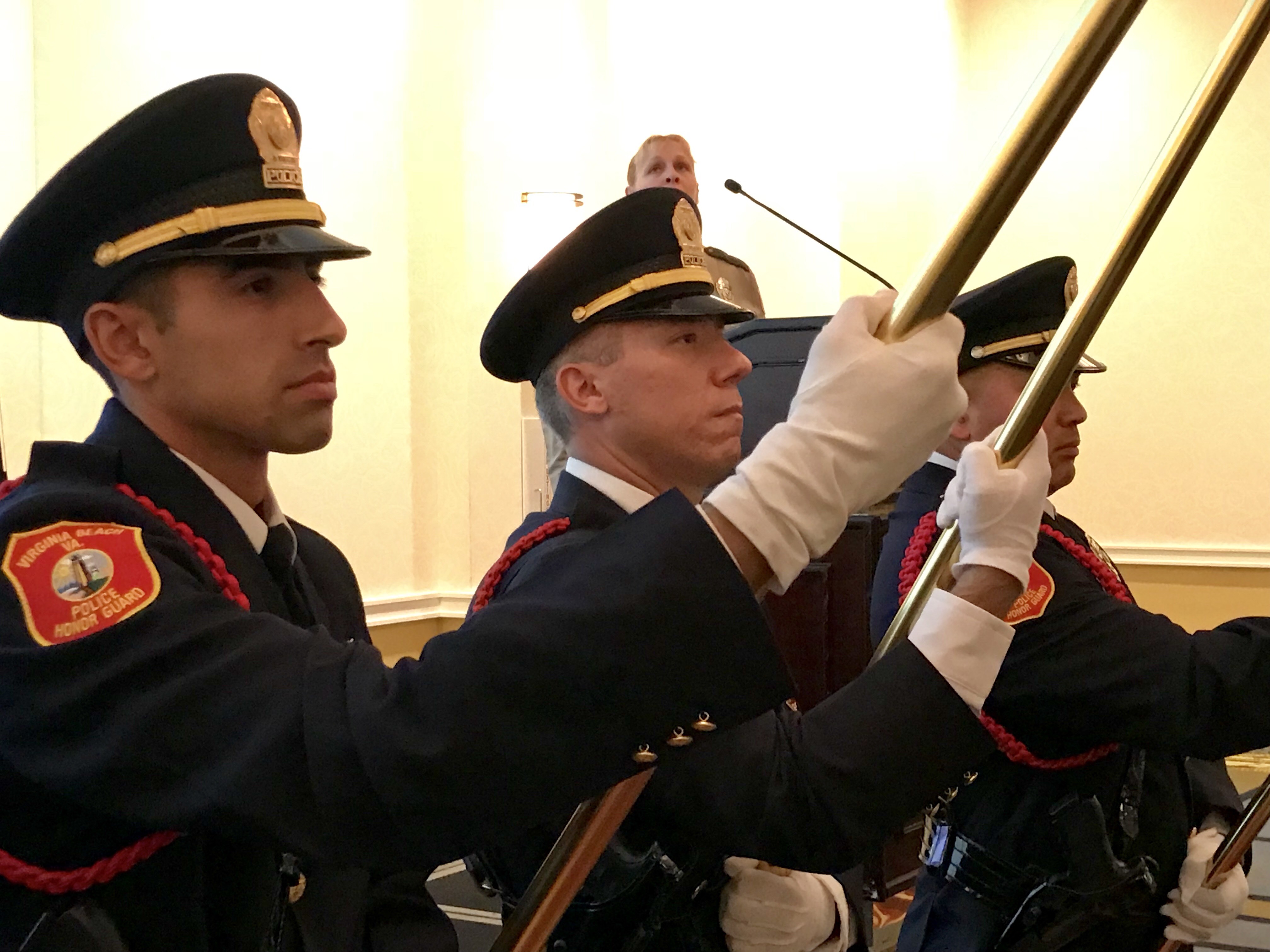 Here are the other winners honored this year: