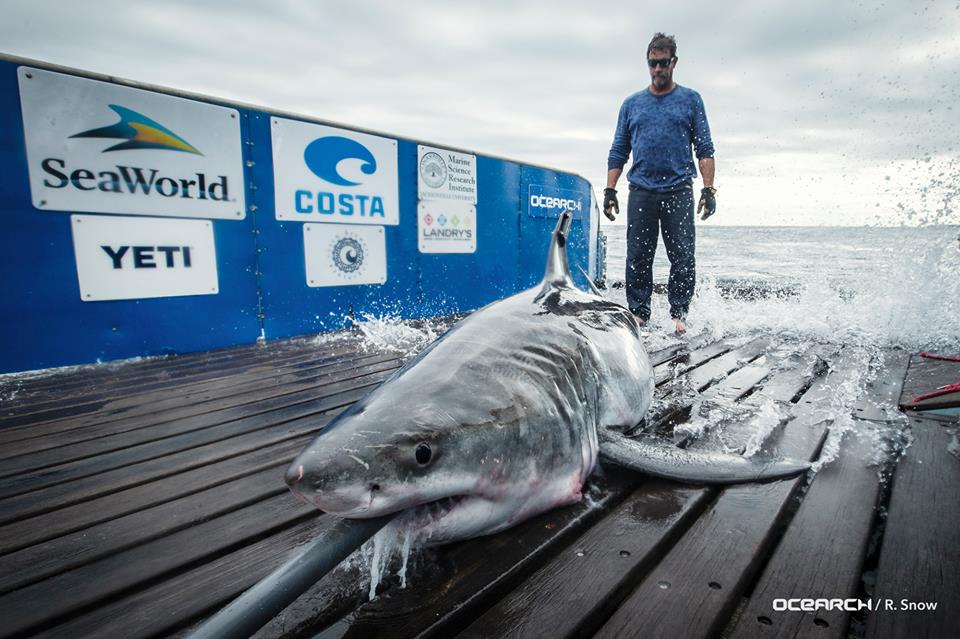 OCEARCH said in two Facebook posts that two sharks originally tagged in Nova Scotia ‘pinged’ off the coasts of the Eastern Shore and the Outer Banks Wednesday.

“Cabot,” a 9-foot 8-inch sub-adult white shark, was located off the coast between Rodanthe and Avon early Wednesday morning. His name comes from explorer John Cabot.

“Hal,” a 12-foot 6-inch white shark, was located off the coast between Wallops Island and Accomac Wednesday night. He was named for the people of Halifax, Nova Scotia.

They aren’t the only white sharks in the area — “Hudson,” a 5-foot 1-inch white shark, pinged close to the Chesapeake Bay Bridge-Tunnel November 8.