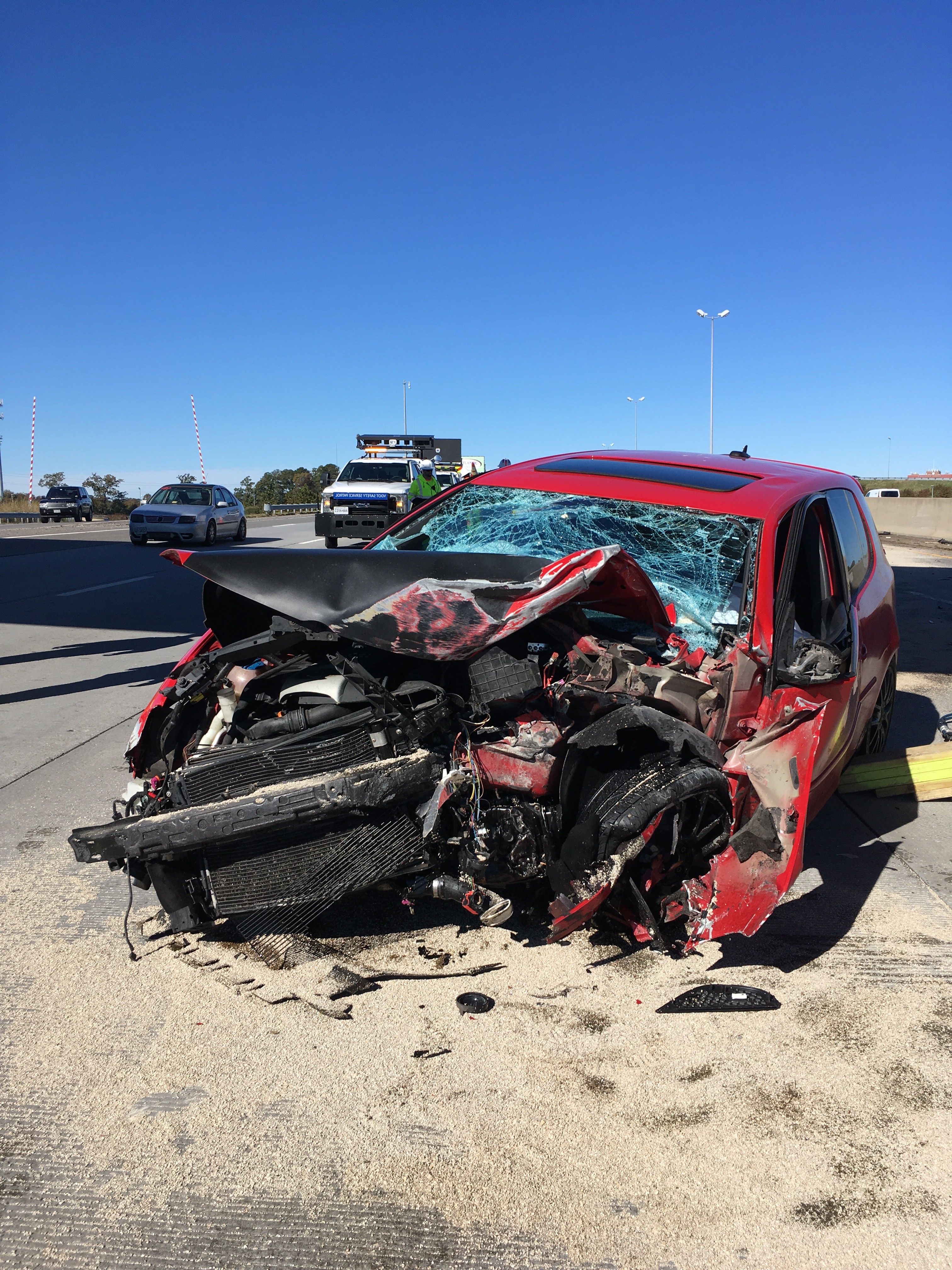 HAMPTON, Va. – One person has died after a two-vehicle crash on I-64 E near Mercury Boulevard in Hampton Friday morning.

Around 10:21 a.m., witnesses called police to report a vehicle that had crashed in the middle lanes.

Virginia State Troopers arrived at the scene to find a 2006 Volkswagen GT1 in the eastbound lanes. The passenger in the front seat complained of injuries, and the driver was unresponsive.

A preliminary investigation revealed that the driver, 18-year-old Dashiell Patrick McLaren of Norfolk, was speeding down the highway when he lost control of the vehicle, ran off the road and hit a jersey wall.

After hitting the jersey wall, the vehicle lost control, went across all lanes of traffic, hitting a 1999 GMC mini-van from behind, and crashed into the jersey wall on the left side of the highway.

State Police say McLaren was not wearing his seat belt at the time of the crash. He died upon impact.

McLaren’s family members have been notified.

The passenger suffered non-life threatening injuries, and the driver of the GMC was not hurt.

Authorities say speed was a contributing factor in the crash.