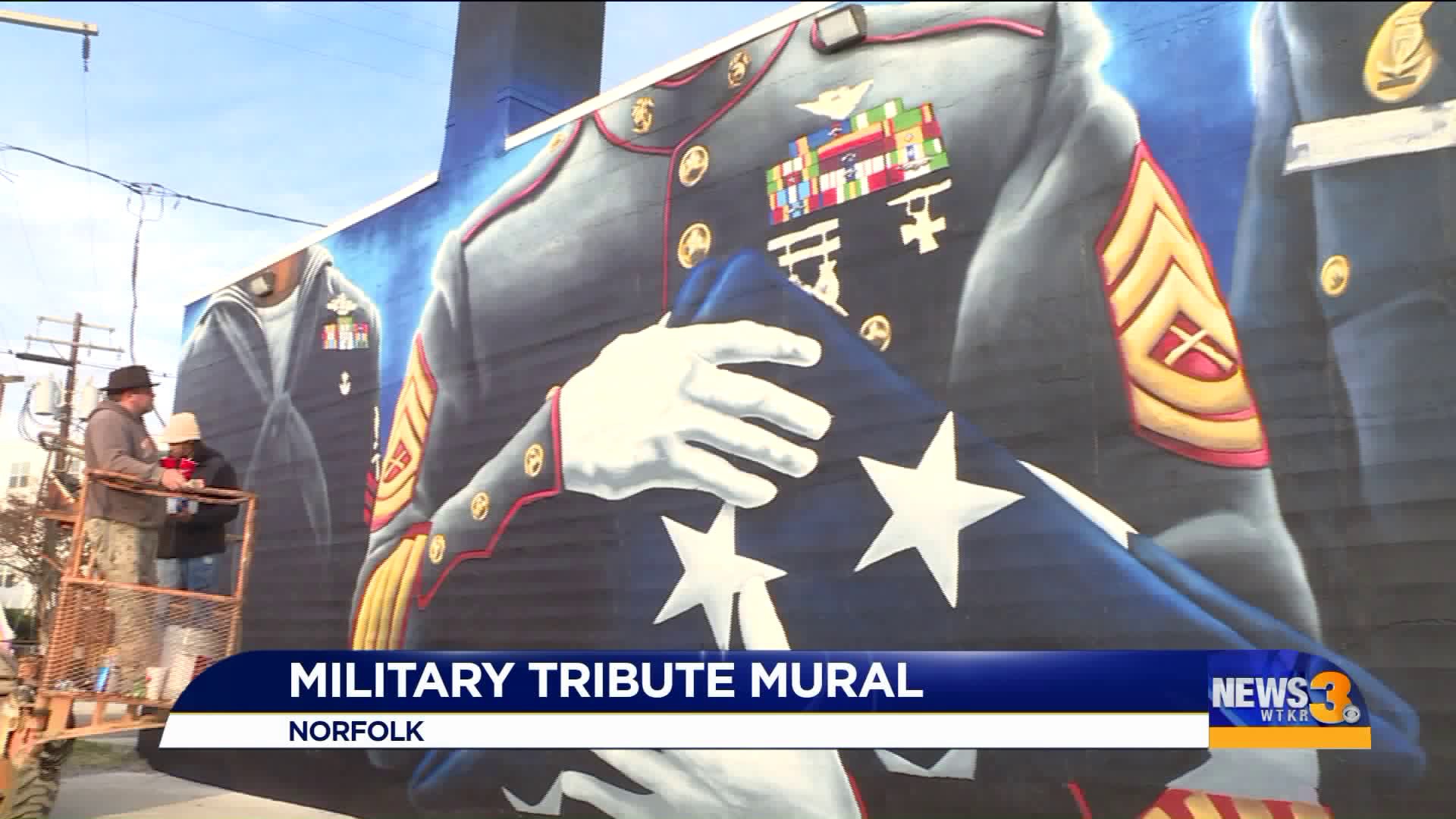 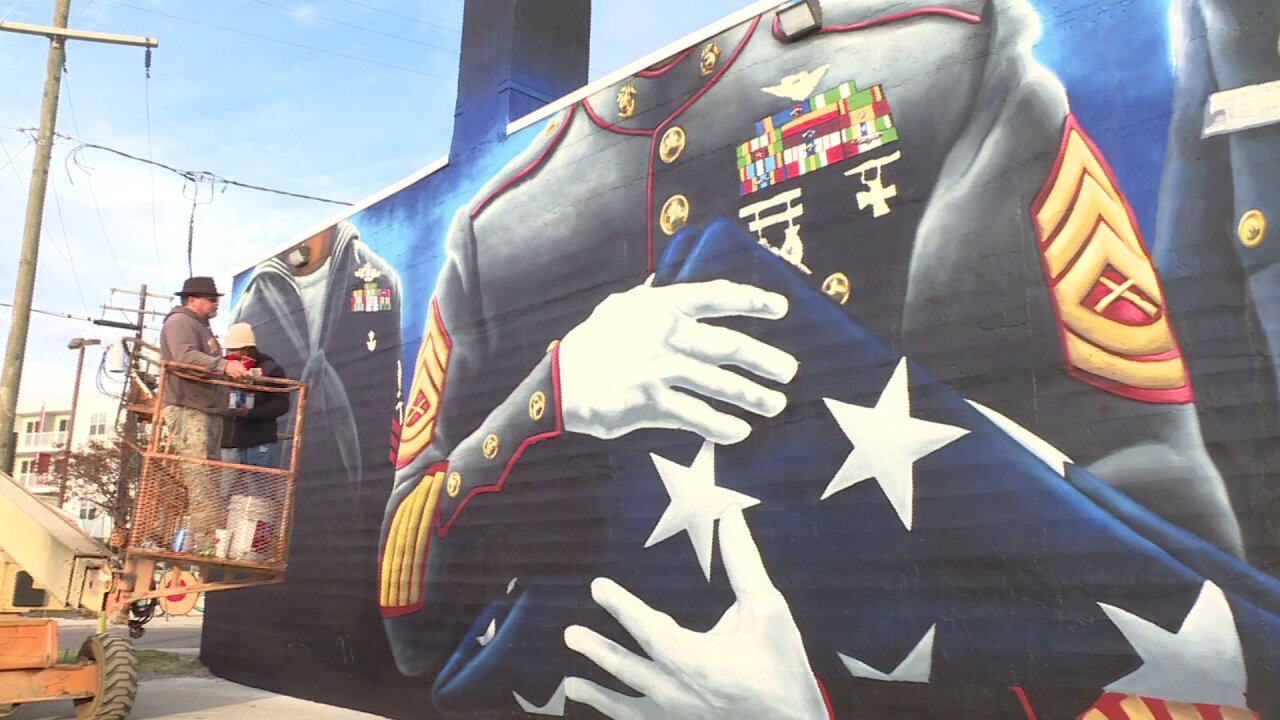 NORFOLK, Va. - The finishing touches were put on the newest military tribute mural in Hampton Roads.

The military tribute is being painted on Edward O’Brien’s building in the City of Norfolk. It can be found on Olney Street.

The owner says he wanted to do something special for his father, who went through a lot of ranks and served in many wars.

The painter of the mural, Sam Welty, says all of the men and women who have served and are currently serving deserve to be honored - including O’Brien’s father.

“He served in World War II, Vietnam and the Korean conflict, so he had a long career," said Welty. "They’re right here. They’re our friends. They’re our neighbors. They’re the ones that put their lives on the line for us, and they deserve this.”

The painting was started on Veterans Day and will be finished Tuesday morning.