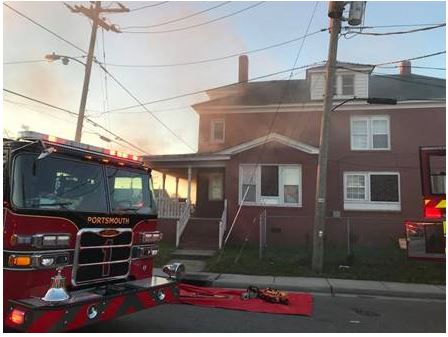 PORTSMOUTH, Va. – Firefighters responded to a house fire in the 1500 block of Effingham Street Wednesday morning.

According to officials, dispatch received a call around 6:45 a.m. for a fire in the crawl space under the first floor of the house.

Crews arrived on scene and quickly began to put the fire out.

Six people living in the residence were displaced and they are getting help from the Red Cross.

There were no reported injuries. Investigators said the cause of the fire was accidental but no further details were given.